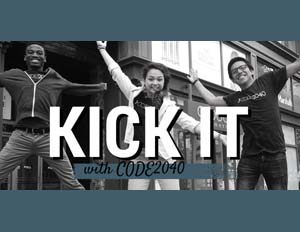 The deadline to apply for Code2040’s Entrepreneur in Residence (EIR) program has been extended until January 18,Â at 11:59 p.m. PST.

The EIR program is powered by Google for Entrepreneurs. It helps fledgling start-ups by blacks and Hispanics grow their companies while promoting diversity in their communities.

[Related:Â CODE2040 Receives $1.2 Million in Funding from the Knight Foundation]

In addition, each EIR received a $40,000 stipend; workspace in the partner tech hub in their city; business and diversity retreats every quarter with Code2040; training and networking at Googleplex in Silicon Valley; mentoring; and support from April 1, 2016, to April 1, 2017.

To qualify, EIRs must self-identify as black or Latino, have lived in the city; in which they will be an EIR for one year, and must be a founder committed to diversity and inclusion efforts in their city. Ventures should be early-stage–within its first three years of operation, and should be a for-profit or B.Corp.

Code2040 is a nonprofit organization dedicated to increasing the representation of black and Hispanics in the tech sector. Co-founded by entrepreneur Tristan Walker, the organization’s Fellows program places top computer science students of color into intensive summer career accelerator programs, as well as into internships at top technology companies.

Finalist in-person interviews for the EIR program will be held from February 5-19 2016, and in March the EIRs will be announced.