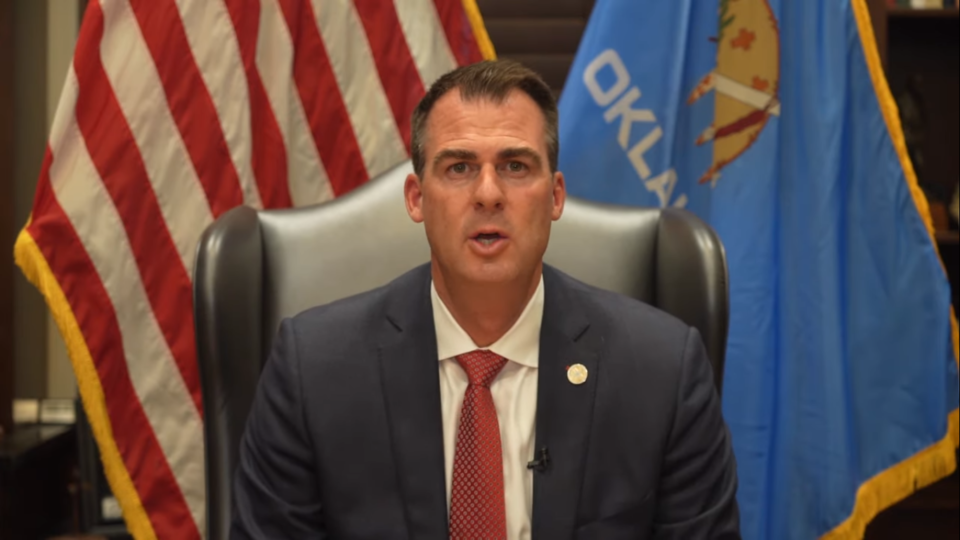 Stitt signed the bill Friday and released a video on Twitter explaining why he signed the bill banning CRT, using the GOP line that now is the time to unite the country.

“We need policies that bring us closer together not rip us apart,” Stitt said. “And as governor firmly believe that not one cent of taxpayer money should be used to define and divide young Oklahomans about their race or descent.”

Paula Lewis, a white woman and head of the Oklahoma City Public School Board, described the bill as an “outright racist and oppressive piece of legislation.”

The Black Wall Street Times, a publication focused on the Greenwood community where the race massacre took place in 1921, called for Stitt’s removal from the commission, saying the bill threatens to limit teaching on the Tulsa Race Massacre and justifies racist legislation.

“Cloaked in a narrative of unity, this bill perpetuates systems of racism, White supremacy and violence against the LGBTQ+ community,” the editorial states. “It removes the ability for educators to engage in critical conversations around the history of racism in this country and outlaws certain diversity training for teachers. In the 100 years since the 1921 massacre that destroyed Greenwood and Black Wall Street, state and local governments have consistently attempted to hide our true history.

The editorial goes on to quote Glenn Martin, president and founder of GEMtrainers.com, a social justice consultancy firm, discussing how Republicans continue to ensure the worst parts of U.S. history and white America remain hidden.

“They tend to reinvent themselves, and they do it right under your nose.”

Every Republican in the state supported and voted for the bill and Stitt wasted little time signing it into law.