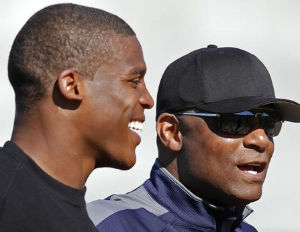 Newton has been criticized for the team’s record as well as his struggles in comparison to his rookie year in which he shined.

Moon said he is especially concerned because when Newton’s demeanor is compared to that of other quarterbacks, it’s often to other black quarterbacks.

“I heard somebody compare him to Vince Young. It’s the same old crap — it’s always a comparison of one black to another black. I get tired of it. I get tired of defending it,” Moon told the website.