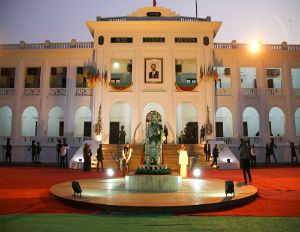 On Friday, January 16, 2015 Primetime OmniMedia Productions (POP) under the direction of CEO Marilyn Crawford planned, coordinated and executed an unprecedented production and the largest event in the history of Cameroon. Under the patronage of the President of Cameroon Sir Excellence Paul Biya,Â Her Excellence Ama Tutu Muna, Minister of Arts and Culture in partnership with the Harts International Foundation held the National Museum of Cameroon GALA launching “A Cultural Renaissance in Cameroon”.

Continue reading on the next page.