Camille A. Brown: Choreographer about her Business 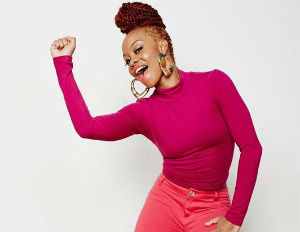 The following was written by Darralynn Hutson:

It was announced this month that the 2016 John Simon Guggenheim Foundation fellows had been chosen–and Camille A. Brown was on that list. After several attempts, the choreographer, director, producer, business owner, and proud dancer was granted what she thought was unattainable.

Conquering the unattainable is nothing new to the Queens native. Camille A. Brown has has been commissioned to choreograph for Broadway (Cabin in the Sky, and most recently AÂ Streetcar Named Desire). Brown also created a team of dancers that tours across the United States, performing for sold out audiences. Now she’s admittedly getting into her stride while garnering grant support and other financial resources to sustain her artistry.

What was the impetus to the start of Camille A. Brown and Dancers?

I never wanted to have my own company. It was started because I wanted to strengthen my own voice. I needed a more in-depth creative process.

What did it take to start your company? It was 2006, and my first show had gotten great reviews, which put us on the map. At that time, I was doing all the jobs–press, rehearsals, writing grants–because I didn’t have the money to bring people in. I was wearing all the hats.

How did you meet your company manager, Indira Goodwine?

I couldn’t do any of this without my business manager, Indira Goodwine. She allows me to be creative and to do the projects that I want to do, ” expresses Camille A. Brown. Back in 2006 when we started the company, I was doing everything myself; I was the booker, manager, accounts receivable, PR and I performed. It was unbelievable. I wasn’t creating anymore; I was just being commissioned to do another piece of work. I met Indira when she was a dancer and still in graduate school.Â Indira actually danced with me in 2009 and told me she was leaving to get her Master’s with the plan of coming back and helping me with CABD.Â After graduating, I asked her to join us and it’s been great having her because at the core of it, I’m a dancer and being able to do what I love to do means everything.

I met Indira when she was a dancer and still in graduate school. After graduating, I asked her to join us. It’s been great having her because at the core of it, I’m a dancer–being able to do what I love to do means everything.

What are the differences between artistry and business ownership?

If you want to present work to an audience, you must have a business mindset. I had to learn everyone’s job, and the biggest challenge was fighting hard for the respect of my dancers (making sure they were taken care of). In theÂ beginning, most of the dancers in my company were my friends; people that I would to stay an extra hour to go over an original work [and give their opinion]. The people that help me run my business dive in and take the needed chances with me.

Tell us more about the chances that you’ve taken in the company.

We create original dances and bring these dances to both national and international audiences. The current piece that we’re touring is Black Girl: Linguistic Play and we created this to empower black girls through the history of social and concert dances. The new piece has been entitled “ink,â€ will be a combination of hip-hop and 70s music and lyricism at its creative identity. We take chances everyday.