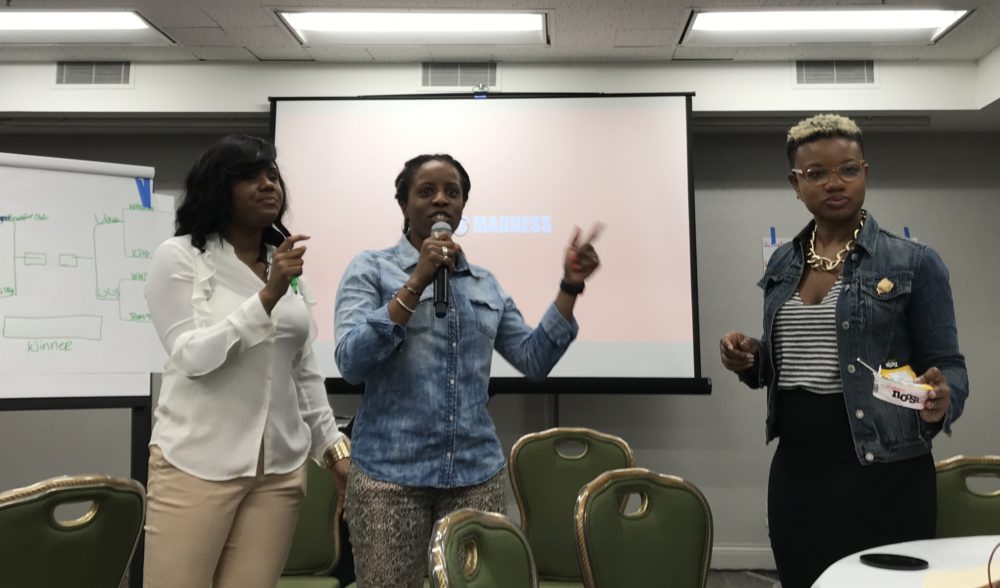 Since Donald Trump was elected president, persons of color and women have stepped up to run for political office. Twice as many women are already running for office this year alone than they did two years ago. A record number of black women have registered to run for office in Alabama. There’s even a database that’s tracking all the black women running for office this fall. There’s only one issue: there has been very little focus on preparing black and brown campaign managers for the grueling and often nasty race for political office. Now, there is a grassroots effort to train more people of color to be political campaign managers.

Three Oakland-based organizations have stepped up to train the people behind the scenes whose strategic input can make or break the success of a candidate. PICO Action Fund, Color of Change, and LIVE FREE have all partnered to facilitate the first of two “Campaign Manager Training Schools” to teach potential managers the formula for winning political campaigns.

Grassroots Effort to ‘Defend Against a White Supremacist Administration’

“Unless we get more people in office, we will not have the capacity to defend against a white supremacist administration,” said Rev. Michael McBride, campaign director for PICO National Network’s LIVE FREE campaign to end gun violence and mass incarceration, in a press release. “No one will give us power, we will have to save ourselves. The clearer we are about that, the sooner we will see shifts.”

Andrea Marta, who has worked on numerous campaigns said oftentimes people of color are left out of local and national conversations whenever election period comes around, engaging minority communities only when it suits candidates.

“I got tired of people telling me that the way to win elections was to focus on white voters, I was tired of being told I had to change the way I showed up in order to be accepted,” she said. “When we did the polling for the prosecutor race in Hillsborough County in Florida, we over-sampled people of color, which allowed us to get direct input from the people we were trying to persuade. This model works. We have the formula that works and it’s time for the political class to listen.”

Having worked on campaigns all her life, Marta who is the executive director of the PICO Action Fund said she knows from experience how rare it is to see black and brown staff serving as campaign managers or serving in senior staff roles on political campaigns.

“Election after election, voters of color are rarely seen as important or worthy of significant engagement,” she said in a statement. “Too many times, candidates wait to engage communities of color until the last leg of the campaign, even though it is communities of color that often make the difference between a ‘win’ and a ‘loss.’”

Armed with more than $500,000 to influence races for prosecutors and sheriffs, and to develop talent of color to serve as campaign managers or campaign consultants, the training was specifically designed to challenge the consolidation of power with white voters.

“Even the Democratic Party, which prides itself on being the big tent party, does a terrible job hiring staff of color in prominent roles and the party is even worse at hiring black and brown consulting firms,” Marta said in a statement. “We launched the Campaign School to focus on cultivating people of color, and to develop a pipeline of campaign managers and consultants for candidates to consider.”

“We have the talent in the room, and we need to make sure it is nurtured so people of color can work on campaigns in roles beyond phone bank and field canvasser; we can run once we’re developed,” said Najanava Harvey-Quinn, an organizer from Detroit.

The next training school will be held in June in Washington, D.C.

For more information on the Training School or to speak with Andrea Marta who leads the training school on behalf of PICO Action Fund, contact, Heather Cabral, 202.550.6880