Can a Video Game Teach Your Preschooler to Solve for X? 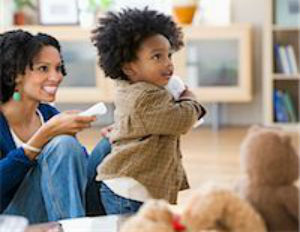 The following is an edited excerpt from Greg Toppo’s new book, The Game Believes in You (Palgrave MacMillan) that posted at the Hechinger Report. Toppo, a former teacher, is the national education and demographics writer for USA Today:

I met Jean-Baptiste Huynh, the Vietnamese Frenchman living in Oslo who persuaded the entire country of Norway to spend a week solving algebra problems, a few months after his iPad algebra application, DragonBox, had gone viral in Apple’s App Store. Everyone I knew was asking me if I’d played it. One friend had breathlessly told me I had to get it. It teaches algebra to preschoolers, he said. It’s amazing! But as soon as I sat down, Huynh pulled a travel-worn iPad from his bag and he said he wanted to get one thing straight about DragonBox. “It’s not an algebra app,â€ he said.

I soon learned that Huynh had that trifecta of a great teacher’s personality: a passion for his students and his subject, a bit of a foul mouth, and a dry, balancing wit. During our conversation, I made the mistake of asking what he thought of the school system he’d attended in France as a young man. It had gotten him pretty far, I thought. “You know what? This is a f–– prison,â€ he said. “Your brain is dead when you’re in prison. You don’t want to be there.â€ He may have sensed my shock, so he smiled and said, “I come with very strong words because I am French. I can do that.â€ Huynh explained that he and his colleagues at We Want To Know, the Norwegian game company he’d co-founded with French cognitive scientist Patrick Marchal, had been trying to decide whether to sell the game to schools, which were beginning to buy iPads at a steady clip. “That’s the natural place to play this game,â€ he said. “And we decided, ‘No, we don’t do that,’ because teachers are going to say, ‘You do that, you do that.’â€ In other words, he said, teachers would find a way to take the fun out of his fun little game.

So if DragonBox wasn’t about algebra, I asked, what was it about?

Speed and imagination, he said.

“Mathematics is creativity. It’s play. You take an object and you ask, ‘What if?’â€ But that’s not how it’s taught in schools. “We teach it as a dead subject–like Latin. A dead language. You have fantastic texts, but it’s a dead thing.â€

Huynh is as responsible as anyone for the recent surge in interest, here and abroad, in high-quality, imaginative math games for children. For a while, before several equally offbeat competitors began appearing in the App Store, DragonBox was the go-to app that smart parents with iPads were recommending to their friends. Huynh started out as a stock portfolio manager, but then he and his wife, a child psychiatrist, began having kids. “I guess I got this crisis that any people working in finance hit at some point,â€ he said. “You want really to use your energy on something really useful. So I decided that I would do something for children.â€ He took a job teaching high school math and economics in Spain.

He was a miserable failure.