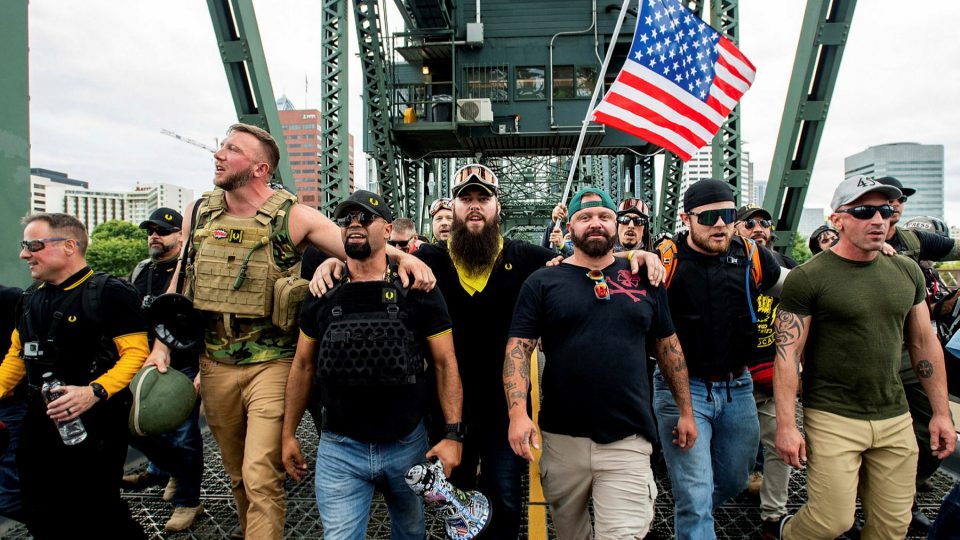 The Canadian government has designated the far-right organization the Proud Boys and a dozen other extremists groups as terrorist groups Wednesday.

The Proud Boys and the other groups will now be categorized with the Islamic State and Al-Qaeda. The terrorist declaration means Canadian Banks and financial institutions can freeze accounts associated with the group or its members and it is now a “crime for Canadians to knowingly deal with assets of a listed entity,” according to Reuters.

While the U.S. does not have the same provision identifying and criminalizing domestic groups as terrorists, the FBI declared the group a terrorist organization with ties to White nationalists in 2018.

Former President Donald Trump had a cozy relationship with the Proud Boys, telling them during a debate with Biden to stand by and stand ready to riot if Biden won the election. A large number of members of the organization were at the storm on the Capitol last month. Several members have since been arrested in the aftermath for their actions that day.

In addition to the Proud Boys, the Atomwaffen Division, The Base, and the Russian Imperial Movement and several other groups have been declared as terrorist organizations.

Far-right and white supremacist organizations are increasingly becoming an issue in Canada. Canadian nationalist and armed forces reservist Patrik Jordan Matthews was arrested in the U.S. as part of an investigation into The Base last winter.

Austin began his purge Tuesday when he dismissed hundreds of Pentagon Advisory Board members including several members that were appointed by Trump during his last days in office.

The Biden administration plans to make domestic terrorism a significant focus of the National Security Council, according to CNN.