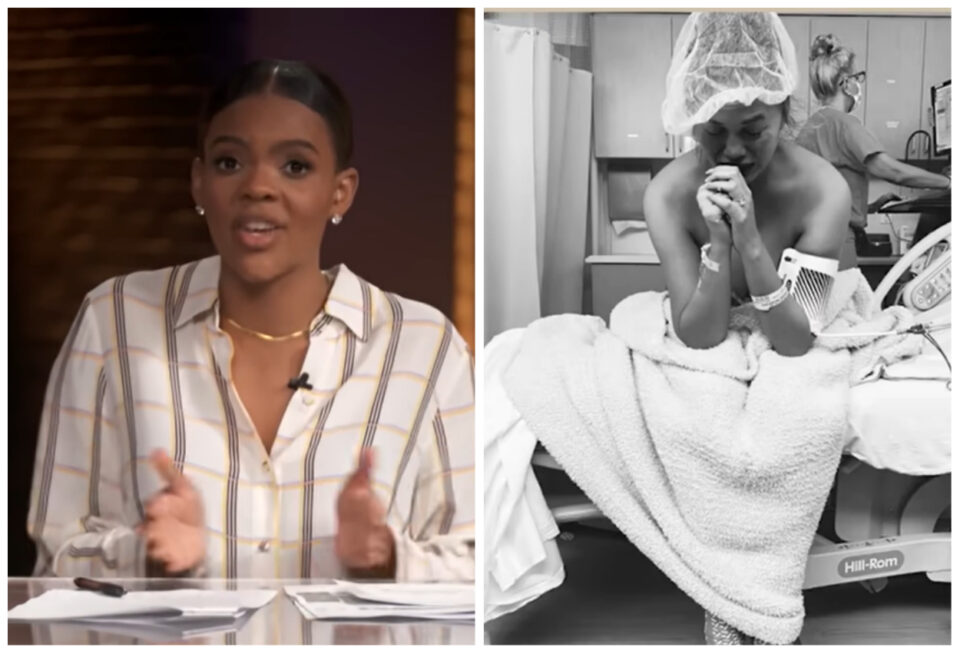 Last week, model and author, Chrissy Teigen said that a miscarriage that took place two years ago while she was pregnant was actually an abortion.

She revealed that information while she was speaking at a summit named “A Day of Unreasonable Conversation” on September 15 according to The Hollywood Reporter. Critics immediately went for her neck after she made that revelation. One of the loudest ones was frequent Teigen antagonist, Candace Owens, who attacked her once again on her podcast earlier this week.

Newsweek reported that Owens took some time to give Teigen a little attention in an Instagram Story earlier this week.

“Now I feel like it’s open season, and she’s a mentally disturbed person and we need to talk about it. Because the mental disease that social media is creating for so many people, she is the number one example of it.”

She double downs by stating “The media is trying to make you magically forget—and to instead feel sympathy for a mentally disturbed individual.”

She made her a topic of conversation when she spoke about Teigen in a recent podcast when she blasted the model for bringing the abortion/miscarriage situation up when she spoke at the previously mentioned summit.

During her talk, she said she feels it was a “PR strategy” and that Teigen is addicted to social media as she calls her a “total psychopath.” She goes on to state that this was done to make people forget about her cyberbullying scandal and to place her in a more positive light as “she’s photographing herself going through a miscarriage.”

Owens then says, “Chrissy Teigen, I guess who just cannot get enough social media, decided that she wanted to unearth that scenario and get more attention from it, so she initially said it was a miscarriage. She now says that the loss of her son Jack was the result of a life-saving termination—it actually wasn’t a miscarriage.”

As she continues her rant, she says that at that time, she “had the entire world mourning” with her when she said she had a miscarriage.

“But now you find it to be politically expedient to say that it was an abortion instead. So you just decided to reconsider a miscarriage and to categorize it as an abortion? You sat down and said, ‘Oh how can we get more attention.’

She then goes on to, again refer to Teigen as a “sick, mentally ill individual.”

You can observe the full rant below.