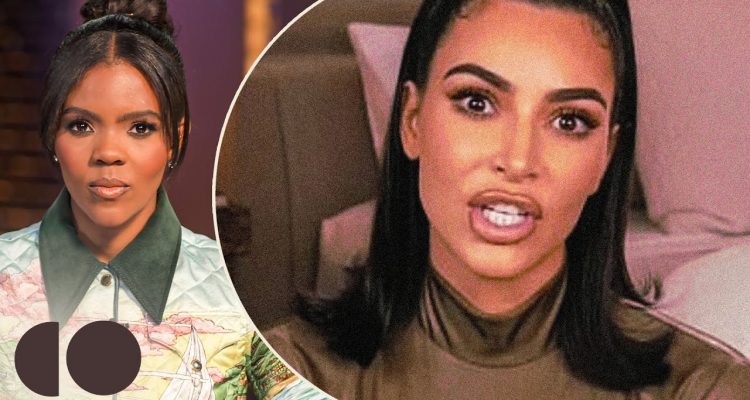 Singer Ray J, who rose to fame as R&B singer Brandy’s little brother and in a viral sex tape with Kim Kardashian, was also known to be a good friend of the late singer Whitney Houston.

While Ray J’s relationship with Houston was never made clear, it clearly pissed off his ex-girlfriend Kardashian who was caught on audio cussing Ray J out and disparaging Houston.

Conservative pundit Candace Owens got her hands on the voicemail left for Ray J by Kardashian and, on Monday, released the audio exposing Kardashian’s heated rant, which attacks Houston and her drug use and includes calling the beloved international superstar an “old hag.”

The combative host does not reveal how she obtained the audio but decided to release it to the public. Owens even calls the Kardashians a “Hollywood cartel” based on their alleged actions behind the scenes.

Surprisingly, she somewhat comes to the defense of Black men by saying what has been stated over the years about the Kardashians’ use of Black men and how they “leave them in the dust.”

“Well, some tapes are making the rounds, of Kim Kardashian and she’s talking trash, this was years ago and it seems to be a voicemail that she left Ray J. Where it’s not the sweet little Kim K that she presents today. She’s nasty; she’s calling Whitney Houston a crackhead and she’s yelling at Ray J. This tape landed on my lap and I am told it is much much more.

“This is just a sample.”

On the explosive tape, Kardashian is heard berating Ray J and Houston as she yells at hm, and calls him “disgusting and desperate.”

She tells Ray not to call her back and never to contact her again.

“I think you’re honestly a sick human being. You are just so desperate that you’ll do anything for f**cking attention, and you’re just so disgusting. Honestly, go, like have fun with old hag Whitney Houston, like, you’re so sick, and like crack is definitely not wack with you guys. You are just, honestly, it makes me laugh on how disgusting you guys look.”

She proceeds to call him and the couple disgusting several times, and by the end of the message, she is cursing at him and ends the message by stating, at the top of her lungs, that she “hates” him.

Owens has invited Ray J to come on her podcast to discuss the situation.