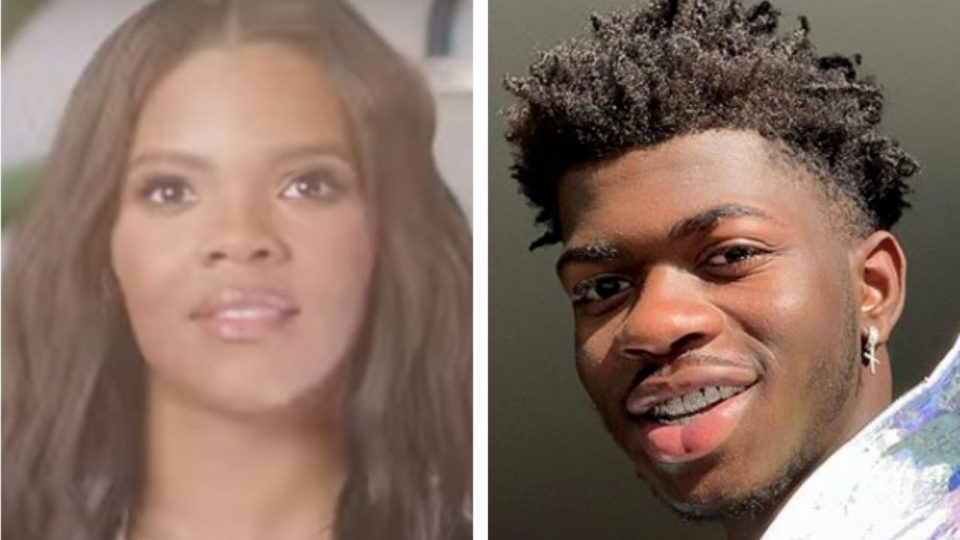 Conservative “conversation starter” Candace Owens has stirred the Twitter-verse up again with recent comments. In one solo Tweet, she manages to offend police killing victim George Floyd, hip-hop superstar Belcalis Marlenis Almánzar better known as Cardi B, and openly gay rapper, Montero Lamar Hill also known as Lil Nas X while insinuating that white supremacy is not keeping Blacks behind, but alluding to that being done by us.

Owens and Lil Nas X, who is currently embroiled in a scandal involving his latest video, “Montero”, which shows images of the devil and a shoe that sold out in under a minute that contains human blood, went back and forth after Owens’ initial tweet.

We are promoting Satan shoes to wear on our feet.

We’ve got Cardi B named as woman of the year.

How stupid can we be?

Not wasting any time, Lil Nas X responds directly to Owens as they engaged in a back-and-forth dialogue on the popular social media platform.

call me by your name outsold

don’t care and ur a flop

you know you did something right when she talks about it https://t.co/9ujlFhBMdZ

Yes. You successfully got you used by corporations to help further destroy our youth.
Congratulations on being a pawn in a game you likely don’t even understand.
We can take cheap shots on Twitter or I can welcome you to have this discussion with me publicly because it matters. https://t.co/bEcTDi2vqm