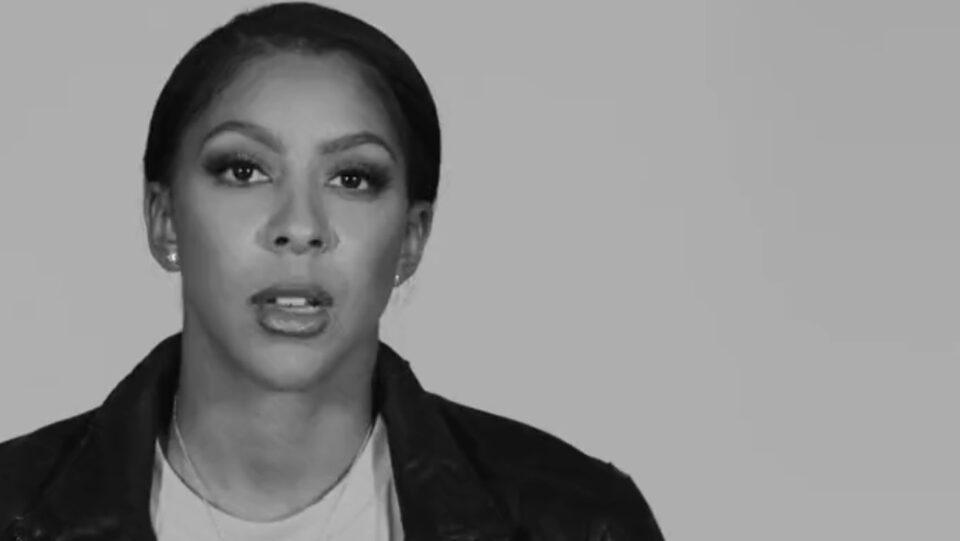 WNBA player and video game cover star Candace Parker has made it into the history books.

Parker, who turned 36 last month, became the oldest player in league history to have a triple-double in the Chicago Sky’s 82-73 win at Washington against the Mystics yesterday. She recorded 16 points, while pulling down 13 rebounds and handing out 10 assists.

Parker became the third player in WNBA history to have more than one triple-double, joining teammate Courtney Vandersloot, and Hall of Famer Sheryl Swoopes.

Parker, a two-time MVP winner, acknowledged the place Swoopes has in her life as a basketball plaer.

“It means a lot,” Parker said. “To be in the company of Sloot, who is going to end her career probably leading the league in assists, and then Sheryl Swoopes—I grew up watching her play, and just idolizing her.

“I’ve always [been] the person who was like, ‘Posts can dribble, too, and posts can pass, too.’ I hope that coaches are watching. I hope that the game is evolving. We’re gonna see more and more triple-doubles.”

Her teammate was well aware of the feat she was about to achieve. Parker made that happen with just 21.2 seconds left in the game when Vandersloot got into position to score off the pass Parker would give her.

“She told me to [pass to] her and she was going to make the layup,” said Parker. “She was adamant about me getting my 10th assist. That’s why I love this group. We play for one another, we get hyped for others’ successes, and we celebrate it.”

During Mother’s Day weekend, Parker stepped onto the basketball court wearing a special edition pair of Adidas sneakers that was designed by her 12-year-old daughter Lailaa.