April 26, 2021 marked a historical day in Canton, Ohio, as Kwameshallahu Akbar Bennett became the first African American Fire Chief in the nearly 200-year history of the Canton City Fire Department. During the swearing in ceremony, Bennett thanked a host of colleagues and family members.

“Today’s a celebration. It’s a celebration of what’s possible when you work hard, believe, and have people that support you and love you,” Bennett, 50, said.

Elizabeth Bennett, Bennett’s late mother, gave him confidence and encouragement. Akbar said that he could not fail without a mother like her.

“And as she is sitting up in heaven right now, looking down on her baby boy, I just want to say “Momma, we made it. Thank you,” Akbar said, looking upward.

According to Fox News 8, Akbar is a former Army National Guard combat medic. He joined the fire department in 1993. He did not succeed when he took a promotional exam to become captain, but after working hard, Akbar eventually becoming battalion chief, then ascended to division chief in 2015. Akbarsaid said that not a single African American firefighters was present in the department before 1981. At that time, the city reportedly agreed to a consent decree.

As the celebratory aspect of making history comes to an end, Fox News 8 mentioned that Akbar is ready to work on emerging from the COVID-19 pandemic. He said that it put a strain on local EMS services across the country. However, Akbar believes his department will be better than ever  due to added technology and training capabilities.

Akbar served as interim fire chief when Chief Thomas Garra retired on March 2 after 29 years of service, according to The Repository. In its report, it was also mentioned that the new Fire Chief moved from Norfolk, Virginia, to Canton at the age of one. 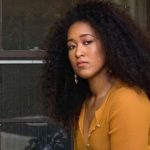 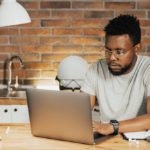