Capitalizing on a Family Recipe and Reputation 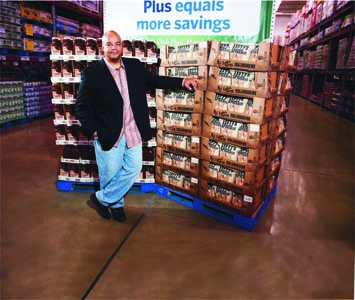 Lefty’s Barbecue started out as A rib joint founded by Walter Nash Sr. (a.k.a. Lefty) and his wife, Margaret, in 1989 and was later opened as a full-service restaurant. Nine years later, when Walter Nash Jr. went to work for the family business overseeing its daily operations, he noticed that patrons were constantly requesting recipes and buying gallons of their hot barbecue sauces or pounds of their chicken seasoning mix. “They were cannibalizing the inventory,â€ says Nash, 41. That was his “ahaâ€ moment–why not manufacture the sauces and spice mixes for retail sale?

With the restaurant generating annual sales north of $600,000 (last year’s sales reached $1.4 million), Nash understood the value of customer demand and quality products. In 2006, taking $30,000 in savings, he formed Lefty’s Spices L.L.C., a division of Lefty’s Barbecue Unlimited, which operates the family-owned restaurant and catering business in Waldorf, Maryland. Nash is CEO of Lefty’s Spices, which manufactures barbecue sauces, rubbed meats, dry spices, and fish and chicken seasonings for distribution.

But the transition to producing food items for mass consumption wasn’t speedy. “During the first two years, I really spent time putting everything together, including the packaging and labeling, to bring the seasonings and sauces to market.â€ Nash had to find manufacturers who could faithfully reproduce his family’s recipes. After a series of sample tastes and tests, he finally went with those manufacturers who could meet his product specifications and make the best product at the best price. Nash also selected manufacturers who could meet demand over the long haul. For a small business to get a large order from a client and not be able to fill it on time is the worst thing, he says. All Lefty’s Spices items are produced at half a dozen or more manufacturers.