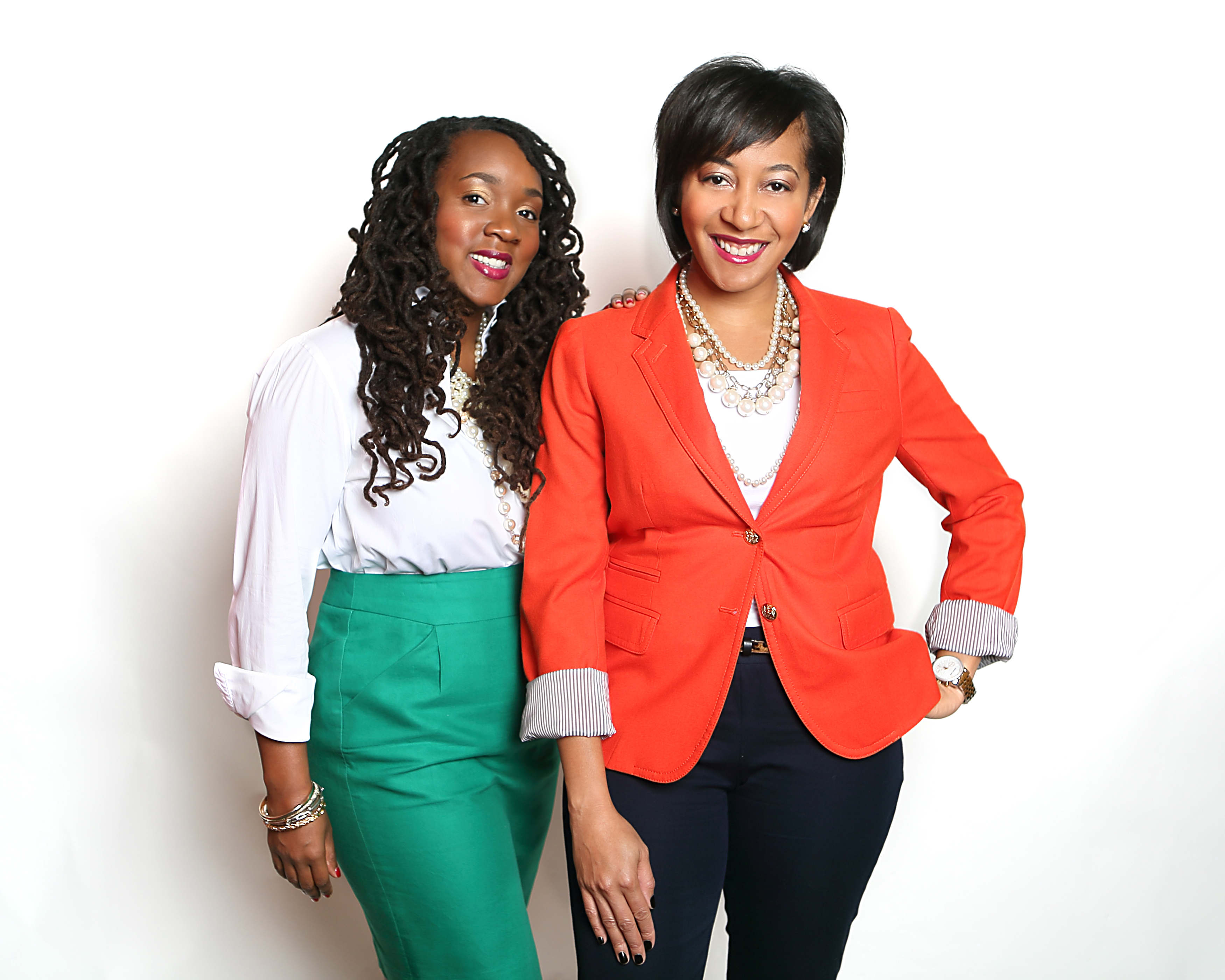 Aisha and Danielle Moodie-Mills are young rising stars on Capitol Hill where they labor together in their love for politics and pop culture. Their latest endeavor is Politini, a radio show on blis.fm that airs live every Thursday from 8 pm to 9 pm. In a conversational, cocktail style format the show breaks down Beltway banter to explain what’s behind the latest headlines and the policies shaping the nation. The power couple, who both serve as executive producers and co-hosts, tackles a wide range of hot topics impacting society in general and African American communities in particular from the hypersexualization of young girls to the end of DOMA (Defense of Marriage Act) to the murder trial of George Zimmerman.

What are people chatting about? What is top of mind? What do people need more information about? That is where Politini comes into play, says Aisha, 35, a democratic strategist with over a decade of experience in politics and policy as well as an advisor at the Center for American Progress.

“With the kind of work that we do being entrenched in politics and living in Washington, DC, we saw a need for a space where people who are not caught up in the Beltway banter, can have an opportunity to talk about the issues that our policymakers are deciding on in the context of their own lives. People often feel disjointed from the everyday conversations that are taking place on Capitol Hill.â€

Married in 2010, the Moodie-Mills have made numerous headlines as political advocates that helped bring marriage equality to DC in 2009 and were among the first same-sex couples to receive a marriage license in the district. The dynamic duo also launched FIRE (Fighting Injustice to Reach Equality), a policy initiative at the Center for American Progress, which works to eliminate the social, economic, and health disparities experienced by LGBT people of color.

Media coverage has elevated the couple to celebrity status in both LGBT and black communities as highly sought-after commentators. Politini serves as another forum for theirs and other diverse types of opinions. Like a fairly recent episode on race manners and real modern families in light of the racist backlash from the Cheerios commercial that showed a mixed race family. Politini featured guests included Eveline Shen of the Strong Families Movement.

“Why in 2013 are we still balking at an interracial family? When are we going to be comfortable with seeing interracial families or families headed by single fathers?â€ asks Danielle. “Some really great conversation that came out of that show is that we have to change hearts and minds from a cultural perspective for us to start to think about how families really exist in America. But from a policy standpoint we still live in a society where our policies are based in the fantasy of the white picket fence, a dad, a stay at home mom, and 2.5 kids. Most households don’t reflect that image. [In fact] 80% of U.S. households don’t look like that. We want our audiences to come to the same ‘aha’ moment that we come to on the show,â€ adds Danielle, 33, an advocacy and government affairs consultant.

Listeners can download podcast episodes of Politini on iTunes. The Moodie-Mills have self-financed the hour-long radio program but are now starting to secure outside corporate sponsorship. The change agents, who also pen together a lifestyle blog: Living, Loving, and Laboring OUT Loud or threeLOL, hope to expand their ventures to include a video talk show by 2014.

“We partner well in terms of our strengths. We are very complementary,â€ notes Aisha, who holds an MBA from the University of Maryland and is a former political fundraiser for members of Congress. “Danielle is the bold visionary. I tend to be more pragmatic. She comes up with the bold ideas and I figure out how to execute them.â€

“We are partners in business and in life. We take time to nurture our relationship,â€ adds Danielle, the former head education lobbyist at the National Wildlife Federation and an aide to New York Mayor Michael Bloomberg. “We are equally invested in each other’s success. We are each other biggest cheerleaders.â€