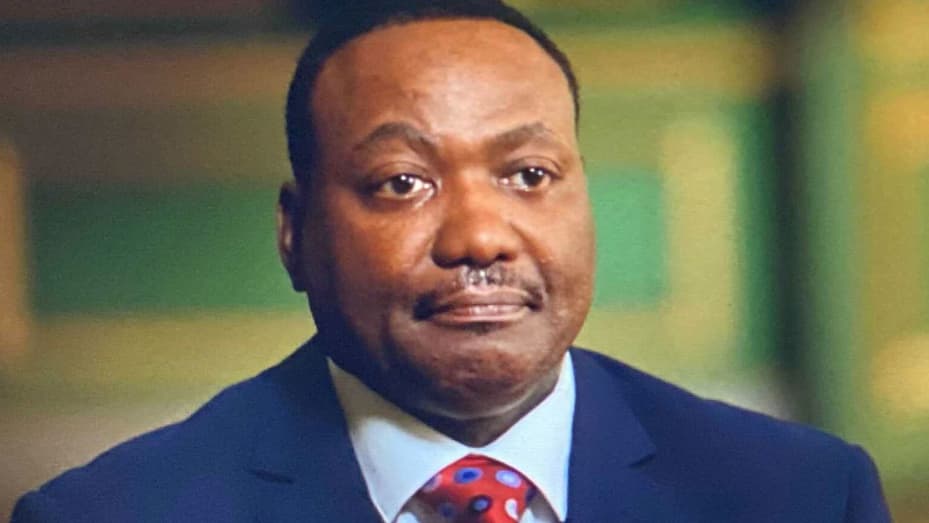 (Reuters) -The U.S. Capitol Police officer who fatally shot a woman as she tried to force her way into the House of Representatives during the Jan. 6 attack said the shooting was a “last resort” because he believed she posed a threat to members of Congress.

“I tried to wait as long as I could,” police Lieutenant Michael Byrd said in an interview with “NBC Nightly News” that aired on Thursday, in what were his first public remarks since the violence.

“I hoped and prayed no one tried to enter through those doors. But their failure to comply required me to take the appropriate action to save the lives of members of Congress and myself and my fellow officers.”

Byrd described the shooting as an act of “last resort” as he spoke publicly three days after a review by the Capitol Police concluded he had acted lawfully and within department policy in shooting the supporter of then-President Donald Trump as she tried to force her way through a smashed window into the House of Representatives’ Speaker’s Lobby.

“It was a very terrifying situation,” Byrd said.

The shooting of Ashli Babbitt, 35, came on a day of violence that saw hundreds of Trump supporters fight their way into the Capitol, attacking police and sending lawmakers running.

Babbitt was a U.S. Air Force veteran who embraced far-right conspiracy theories on social media, including Trump’s false assertions that his 2020 presidential election loss was due to fraud. She was one of four participants in the riot to die on Jan. 6.

Far-right groups have embraced Babbitt as a martyr, arguing she was murdered. Her cause has also been taken up by Trump, who falsely claimed last month that the officer who shot her was the “head of security” for a “high-ranking” Democratic member of Congress.

Police officers who fought the mob recounted scenes of violence in which rioters beat them, taunted them with racist insults and threatened to kill an officer “with his own gun” in testimony last month to a congressional committee.

The Capitol Police review of the shooting concluded that it may have saved lives.

“The actions of the officer in this case potentially saved Members and staff from serious injury and possible death from a large crowd of rioters,” the department said. It added that the officer’s family had “been the subject of numerous credible and specific threats.”

The Justice Department in April closed its investigation into the death of Babbitt, saying there was no evidence that the officer had acted criminally in the shooting.

The worst violence at the Capitol since the War of 1812 delayed the certification of Democratic President Joe Biden’s election victory by several hours and brought a huge military presence into the city for several months.

Trump supporters, including some of his Republican allies in Congress, have since tried to play down the day’s events. Representative Andrew Clyde, who was photographed on Jan. 6 helping to barricade the House chamber door against attackers, has since compared the mob to “a normal tourist visit.”