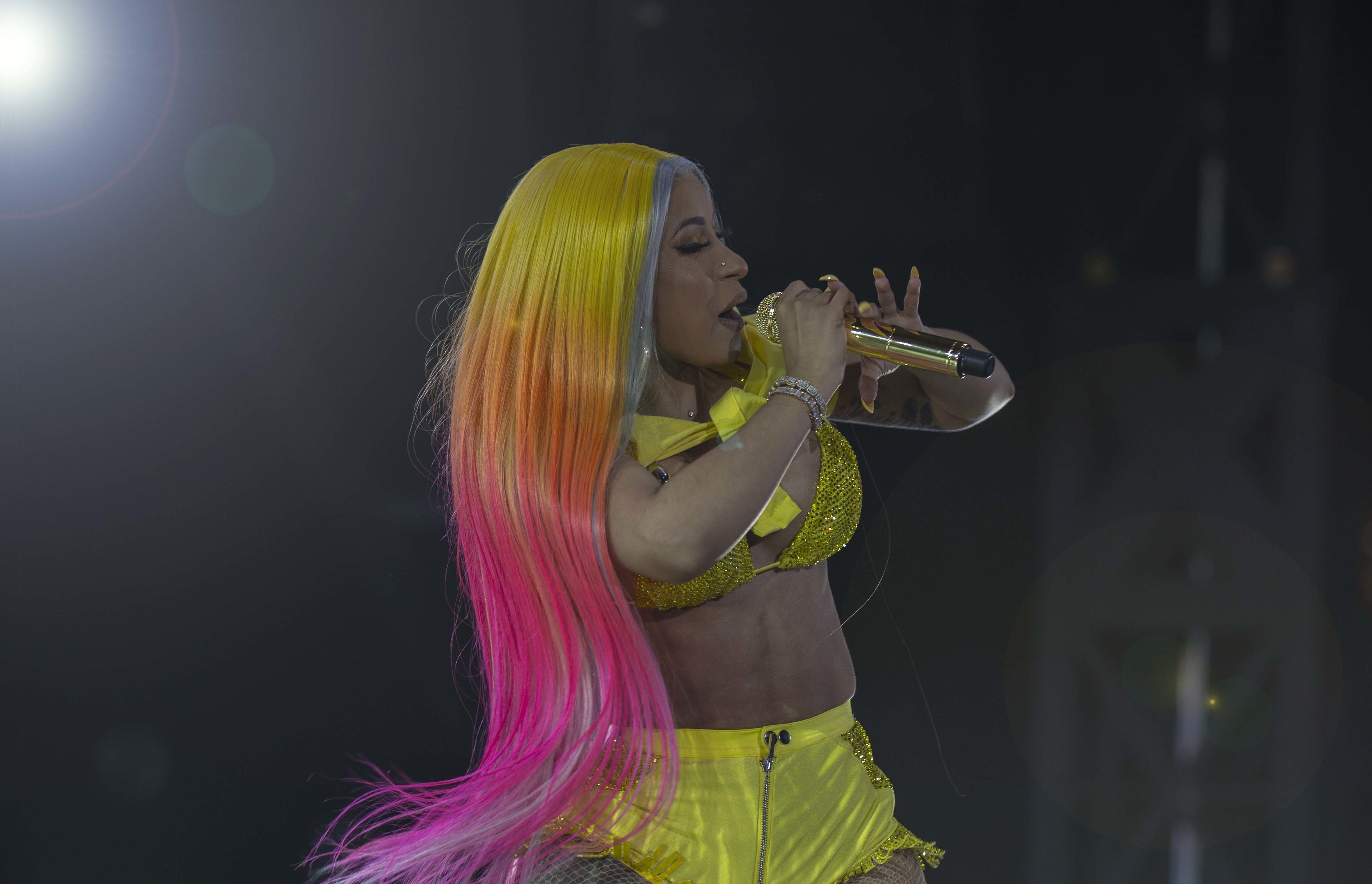 Belcalis “Cardi B Almánzar showed her appreciation to New York medical professionals on the frontlines in the fight against COVID-19 by making a massive meal donation. According to the New York Post’s Page Six, the Grammy Award-winning rapper supplied 20,000 bottles of Owyn, a plant-based vegan meal supplement drink, to hospitals around the city.

Her rep said she wanted to provide sustenance for healthcare workers and ambulance crews who are too busy to have a proper meal in light of the coronavirus pandemic, TMZ reported.

The donation was reported days after the Bronx-born artist admitted herself to an emergency room. Although some fans feared that she may have contracted the coronavirus, the 27-year-old wife and mother revealed that she was suffering from severe stomach pains and vomiting that were unrelated to the novel virus.

“I was weighing at least 130 [pounds] and now I’m back to weighing 124. Like literally I weigh 124 because I was throwing up my f—ing life away, man,” she lamented while wearing a wrapped towel on her head, sunglasses, and a face mask on Instagram, reports Billboard. She added that she ate four bags of cotton candy and yogurt with peanut butter in an attempt to gain the weight she lost.

The “I Like It” rapper went on to say that she doesn’t have the coronavirus after spending time in the hospital for her stomach issues. “Yesterday, I was on Twitter, right, and one of my fans asked me, ‘Oh, why you haven’t gone on live?’ And I told her like, ‘Yo, I went to the hospital bi—. I was sick,'” she recalled. “And then today my publicist hit me up like, ‘Oh, I just wanted to tell you like ain’t nothing coronavirus-related or something.’ Thank God.”

Last year, Almanzar starred in Pepsi’s Super Bowl spot. She also launched a second signature clothing line with Fashion Nova in May, which reportedly sold out within 24 hours and generated $1 million in sales.