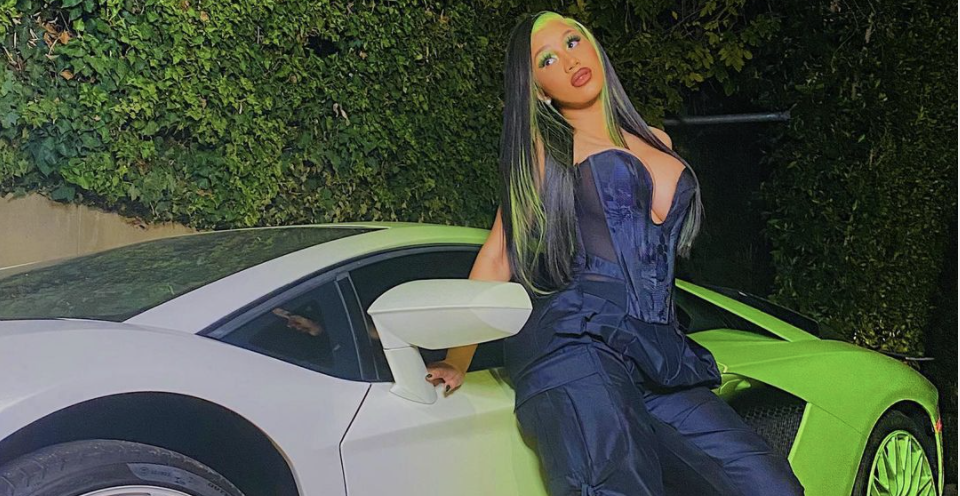 Cardi B has landed her first leading role in the upcoming comedy Assisted Living– based on a script by This Is Us writer Kay Oyegun.

According to Variety Magazine, the “WAP” rapper will portray a small-time crook named Amber who gets in over her head when a heist takes a turn for the worse. As Amber attempts to avoid the police and the gang she runs with, she disguises herself as an elderly woman. The hijinks ensue as the character takes refuge in her grandmother’s nursing home.

Paramount Pictures will distribute the film, according to Variety. And no release date has been announced for Assisted Living.

The film is being compared to comedy classics like 1993’s Mrs. Doubtfire starring the late Robin Williams and the 1982 hit movie Tootsie starring Dustin Hoffman.

The Grammy-winning emcee made her movie debut in 2019 as Diamond, an exotic dancer, in the hit film Hustlers with Jennifer Lopez and Constance Wu. She’s also in the cast of the upcoming installment of the Fast & Furious franchise, F9.

Cardi rose to fame as a social media sweetheart and exotic dancer before landing a prominent role on season six’s Love and Hip Hop: New York. According to the series’ fandom site, she left the hit reality-series in 2016 as her career took off.

The entertainer’s new series Cardi Tries debuted on Facebook messenger in December, Rolling Stone reported. Every Thursday until Feb. 4, the series features the Bronx-native attempting to do tasks outside of what she’s familiar with, including ballet, race car driving and cheffing it up. She also won Billboard’s Woman of The Year Award late last year, as Black Enterprise previously reported.

“These past several months, I have become more business-savvy,” she explained. “I feel like in 2021 I’m gonna come up real strong.”

Cardi may be new to many things, but she is consistent at securing the bag. We wish her the best.