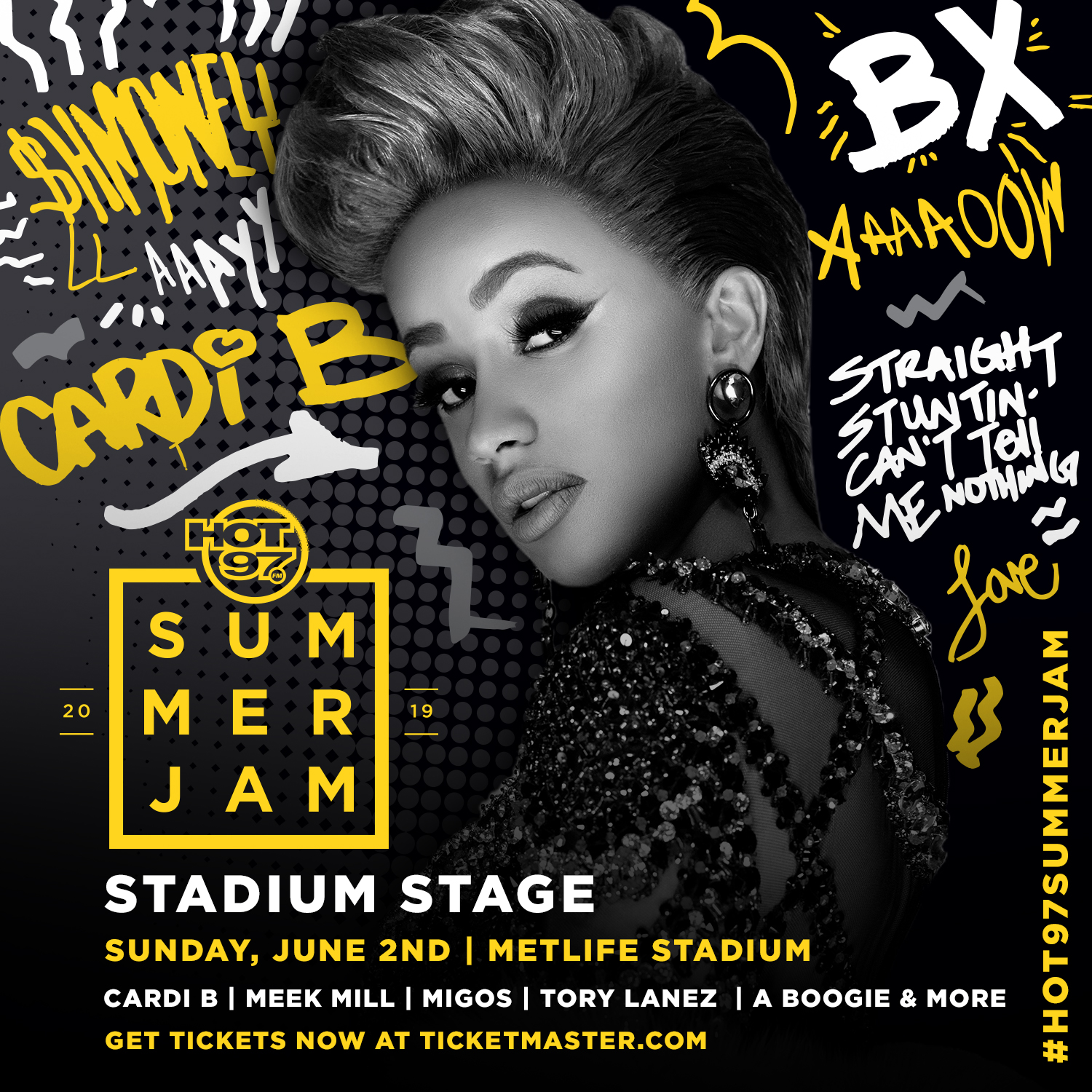 Cardi B (Photo courtesy of HOT 97)

Some of the biggest names in hip hop, including the genre’s reigning queen, Cardi B, took over the MetLife Stadium in New Jersey on June 2 for the annual HOT 97 Summer Jam concert. For the last 25 years, the music festival has celebrated the art, sound, fashion, and culture of hip hop along with the black artists who’ve propelled it into the mainstream. This year’s show included performances from top-selling acts like Meek Mill, Migos, Tory Lanez, and a surprise performance from Lil Nas X with country legend Billy Ray Cyrus.

Cardi B. was greeted by chants from the crowd screaming her name moments before she arrived on stage riding on the back of a three-wheeler motorbike. In between performing her new single, “Press,” and other chart-topping songs, the Bronx-born rapper charmed the crowd with her signature snark and commentary.  She also shared the stage with City Girls, her husband, Offset, and rising rap star Blueface. However, the biggest surprise of the night was perhaps when she threw on a cowboy hat and introduced Billy Ray Cyrus and Lil Nas X to perform their viral hit, “Old Town Road,” as part of her electrifying set.

In addition to her ballooning music career, Cardi B is securing the bag with a number of lucrative endorsements. Earlier this year, she starred in Pepsi’s Super Bowl spot. She also launched a second signature clothing line with Fashion Nova in May, which reportedly sold out within 24 hours and generated $1 million in sales, according to The New York Daily News’ PageSix.

In 2017, it was reported that the Grammy-winning artist created an estimated $4.5 million media value for Christian Louboutin, which she raved about in her breakout hit “Bodak Yellow.” Following the song’s release in June 2017, the luxury shoe brand received a massive 217% spike in online searches by November of that year.