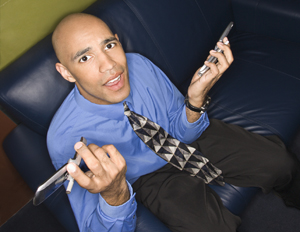 When it comes to reasons for workplace absences, some workers simply go with the truth while others come up with outlandish, tall tales. From loss of false teeth, to bizarre bee attacks, according to a new CareerBuilder survey, employees tend to get pretty creative, faking sickness, and are often check up on by employers.

In the past year, 32% of workers have called in sick when not actually ill, up slightly from last year, and 30% of employees say they’ve gone to work despite actually being sick in order to save their sick days for when they’re feeling well.

The national CareerBuilder survey, conducted online by Harris Interactive, also found that 20% of workers say in the past year they called in sick but still ended up doing work from home throughout the day.

And when it comes to fakers, 30% of employers say that they have checked in on employees who have called in sick to make sure the excuse was legitimate, with 64% requiring a doctor’s note, 48% actually calling the employee, 19% checking the employee’s social media posts, and 17% having another employee call the sick employee.

The following were the top, most ridiculous excuses found via the survey: