Carmelo Anthony Allegedly Has Mistress And Newborn Twins In London, And She's Tired of Being A Secret 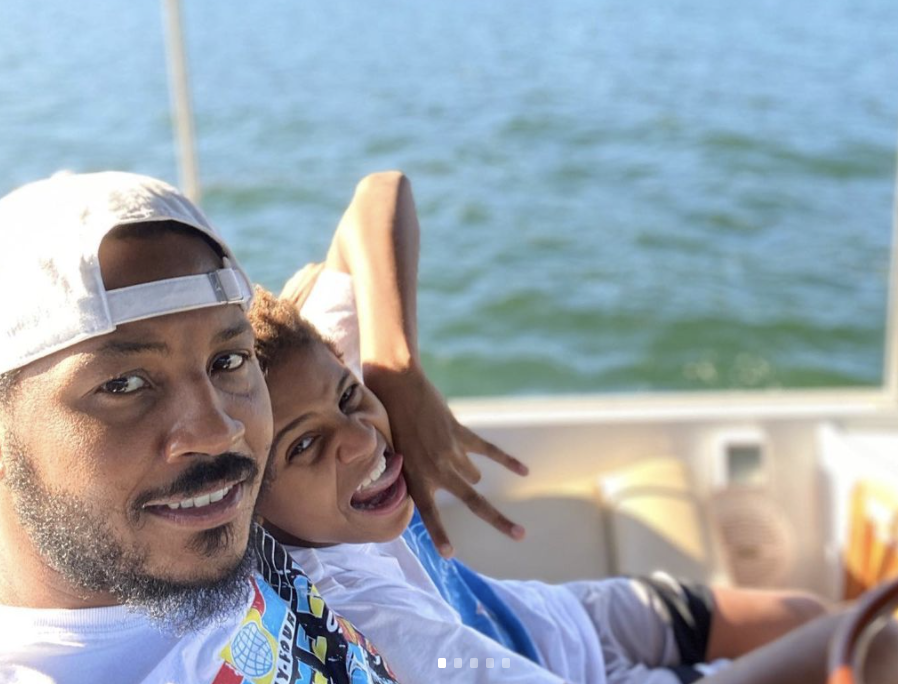 Amid Lala Anthony’s divorce announcement, a woman has come forward alleging that her newborns’ daddy is none other than Anthony’s husband of 11 years, NBA player Carmelo Anthony.

According to Hollywood Unlocked, an unidentified woman from across the pond dropped alleged receipts of her trysts with the baller and of her twins she shares with him.

The unnamed sidepiece, who lives, in London, also claimed that Carmelo hid his new family from his wife and the public. She told the publication that another celebrity intervened to find out the truth for LaLa.

The mistress stated that the two met in New York City in 2020, and she knew that he was married, but maintained he acted single.

The side chick alleged that she didn’t feel about messing with LaLa’s husband because the actress was supposedly doing her own thing.

The salaciousness of the love triangle got worse when Carmelo’s baby’s mama found out she was pregnant in September. The 38-year-old woman initially planned to get a medically-induced abortion in Los Angeles, but the New York native failed to accompany her to the procedure.

It’s not clear if she tried to reschedule the abortion, but ultimately– she revealed to Hollywood Unlocked that the woman gave birth to twin boys. After that, the philandering baller attempted to convince the woman to unlink himself from her and her chirren completely– but not before he made a plethora of empty promises. Old girl was smarter than that, though.

She had the babies in April, some two months before her June due date. Her son has had surgery and remains in a London hospital.

Even though it appears that Carmelo wants nothing to do with her or his outside babies, the mistress feels the married man must be in his children’s lives. He does provide money and a place for her to live, but the sidepiece doesn’t want to be a kept woman.

The sidepiece disclosed to Hollywood Unlocked that she realized she’s been “living a whole lie.”

Being with someone else’s husband has reportedly taken a toll on the new mother. The publication also revealed that she had thought about committing suicide.

Although the alleged affair isn’t the first time the baller has reportedly stepped out on LaLa, the publicity behind this affair appeared to be in the nail in the coffin for the Power actress.

We wish all parties involved the best.