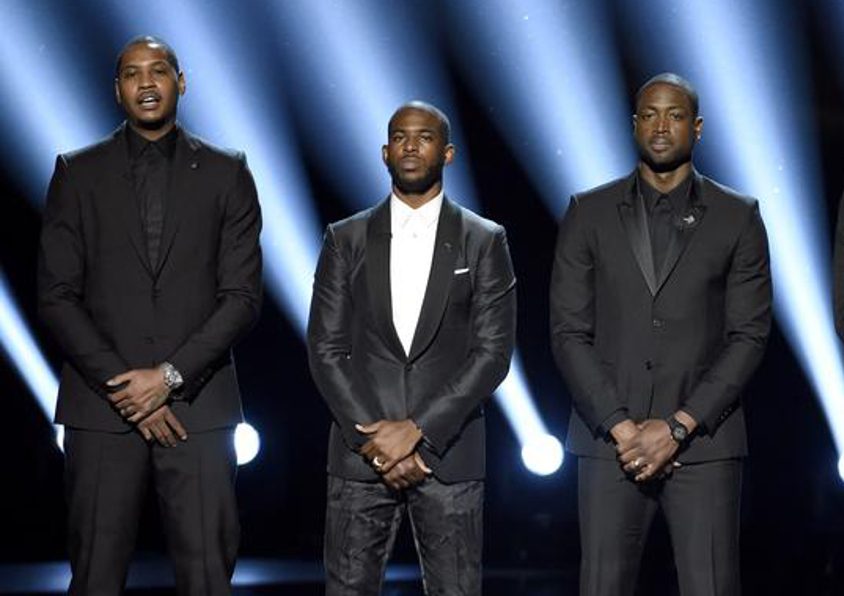 On the heels of the protests over racial injustice and police brutality, many public figures and corporations have been pressured by the general public to speak out and use their platforms to advance social change. In the past, many athletes have taken a stand for social justice issues. This week, NBA superstars Carmelo Anthony, Chris Paul, and Dwayne Wade have partnered to create a new fund to support the Black community.

The new Social Change Fund created by the three athletes will be used to address issues affecting the Black community including criminal justice reform, civic engagement, housing, and economic inequality. The men also announced that they will be working on projects outside of the fund in partnership with other companies including the CAA, Goldman Sachs, Laureus Sport for Good USA, and Beyond Meat to fund the new project.

“Our mission is to address social and economic justice issues facing Black communities and break down the discriminatory barriers to success,” said Paul in an interview with The Hollywood Reporter. “The Social Change Fund will help advance racial equality and opportunity.”

“The magnitude of racial inequality is staggering with Black lives socially, politically, and economically marginalized,” Wade said to the Hollywood Reporter. “We are committed to supporting organizations that directly represent and benefit the Black community with the Social Change Fund. Our goal is to create a pathway for inclusion and success by deploying the necessary funds and resources to invest in long-term change.”

Committed to community. Proud to come together with my brothers @carmeloanthony @cp3 to create @socialchangefnd. Our goal is to create a pathway for inclusion and success by championing organizations on the ground doing the work. All lives can’t matter until ALL Black Lives Matter!! Link in bio