Carole Simpson: The Legacy of A Powerhouse Journalist 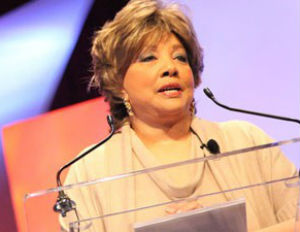 Her personal and professional story is one of survival in a male-dominated profession that placed the highest premium on white males. The 2012 Women of Power Legacy Award Honoree chronicled her 40 years as a broadcast journalist in her memoir, Newslady.

In this book, she recounts how she endured and conquered sex discrimination to reach the top ranks of her profession. She also reveals a slew of race-related battles with ABC News, including her account that she was pushed out the door after a 25-year career. In 2002, ABC refused to extend her as an anchor, offering instead a contract as a roving ambassador to work with young people. She signed, left in 2005, and now is the leader-in-residence at Emerson College’s School of Communication in Boston, where she teaches journalism and communications classes.

Simpson’s professional high point was moderating a 1992 presidential debate between Bill Clinton, Ross Perot, and George H. W. Bush. But even then, though she cracked a glass ceiling, it was marred in that the producers wanted her to do a town hall style debate. Meaning, Simpson’ would walk through the audience and hand people the microphone so they could ask their own questions. When she was offered the opportunity, she was told that the commissioners wanted her to be like Oprah.

“I was told in my earpiece by a producer, ‘Go interview the lady in the green dress on the left, and now the man in the red sweater.’ I had no control over the questions that were asked, or who asked, or in what order. I was like a traffic cop,â€ she reportedly once said. Had she had the chance she would have asked Bush about his involvement in the Iran-Contra affair. “I knew him quite well and had covered him for eight years, and I heard him say one thing to white suburban audiences and then go into minority communities and say something quite different. I wanted to ask him, ‘What is that all about?'”

Simpson told the Huffingtonpost that the lack of female voices in the presidential debates highlights is an issue that continues to plague American media: Men do the vast majority of the talking, even on issues of particular importance to women. Indeed, a study of major publications found that men are quoted five times as frequently as women on issues such as abortion, birth control and Planned Parenthood.

Simpson also stated that the reality that men controlled the media was never more clear to her than in 1998, when Viagra first hit the market.

“ABC News was mostly middle-aged men, so we had Viagra stories up the kazoo. Every night, we did a story about Viagra, and all the women are like, ‘Enough already!'” she recalled. Contrarily, when a revolutionary breast cancer treatment called Tamoxifen came out that same year, Simpson said the female reporters had to fight to get the story on the air. “We only did one story on it.â€ 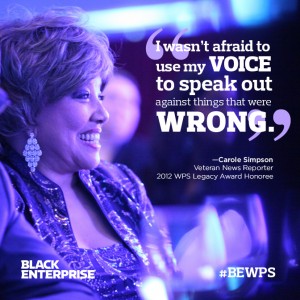