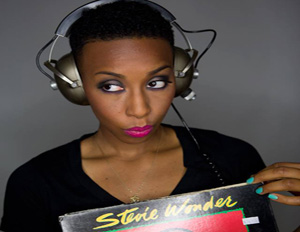 Everyone wants the formula for innovation. Whether you believe it’s learned or innate, BlackEnterprise.com‘s Innovator of the Week series gives you a glimpse into the lives of founders/co-founders, business execs, entrepreneurs and artists revolutionizing their respective industries through technology and social media.

You may know Malachi, great-granddaughter of jazz pianist John Malachi, for her spoken-word-meets hip-hop-R&B, jazz fusion, but the Washington, DC-bred artist is lending her voice to philanthropic efforts as well as technology and innovation. Last January, Malachi launched the #IAM Campaign in partnership with non-profit organization The School Fund, online textbook rental company Chegg, and Carmelita Group, merging music, business and tech. With each view of Malachi’s “Free Your Mindâ€ video, an hour of class time was funded for students in Kenya and Tanzania, generating over 10,000 class hours to date.

“It worked so well,â€ says the independent, Grammy nominated artist. “We got such a huge response from this concept the U.S. Chamber of Commerce Civic Leadership Center got on board and they allowed us to debut the video at their annual event in December; right before we went to launch, Bono’s organization One.org got involved.â€ The campaign has expanded with Malachi donating an hour of class time with every download of her 2013 release, Gold. Her passion to educate the next generation has led to partnerships with brands like FIAT and Sirius XM Radio for the safe-driving campaign, as well as the Recording Academy.

Malachi’s presence on social media, which includes over 20,000 Twitter followers and an engaged Facebook community, landed the talented crooner a partnership deal with Argo Tea that gave customers access to stream her entire album from their homepage, as well as a free song download to patrons via their social media page. This is the first partnership the tea cafÃ© franchise has entered into with a young, black artist, and such was the case with social magazine platform Flipboard when Malachi became the first African American to be featured in its Creator Spotlight. Tapping into the relationship between celebrities and brands, social commerce platform Shopcade allowed users to style Malachi for her music video, “All Right,â€ with its “Stylist for a Dayâ€ campaign. The lucky winner also snagged the opportunity to dress her for a summer appearance on “The Daily Buzzâ€ and a live performance.

During downtime on her recent tour, BlackEnterprise.com caught up with the Queen of Blerd Music to chat about her blerd appeal, what it means to be a black/brown nerd today and her noteworthy social media win.

BlackEnterprise.com: You’ve been embraced by the blerd movement. Why do you think this cool group of black and brown nerds has taken a liking to you and your music?

Malachi: It feels good to be embraced by the blerd movement. I think the thing that makes it really rewarding for me, and quite authentic, is that there seems to be a real connection to the music…it’s because the music I make helps people realize that we have the tools that we need to create things and to build what we want to see in our lives.