Month of the Man: Top Music Producer Talks How to Break Into the Business 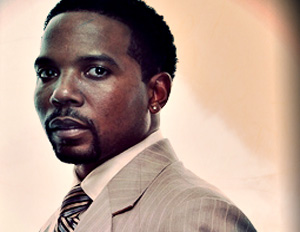 BlackEnterprise.com presents Month of the Man, where we bring you career features, insights and advice tailored for male leaders of color all over the world.

Carvin Haggins (@carvinhaggins), a Grammy-nominated producer, has spent the past two decades creating classics for Musiq SoulChild (“Teachmeâ€; R&B Song of The Year 2008), Raheem Devaughn (“Customerâ€; R&B Song of The Year 2009), Justin Timberlake (“Worthy Ofâ€), Keyshia Cole (“Playa Cardz Rightâ€ Ft. 2Pac), Faith Evans (“Againâ€), and Chrisette Michele (“Let Me Winâ€), to name a few. Even with his star roster of artists he’s worked with, you probably wouldn’t recognize him if you were sitting next to him in a studio session.

From the days of developing his craft in DJ Jazzy Jeff’s A Touch of Jazz recording studioÂ  in Philadelphia, to today’s multiple honors, there is little that he hasn’t been able to accomplish. The city of Philadelphia has even recognized his contribution to music by selecting him (and partner Ivan Barias) as a creative ambassador for the Greater Philadelphia Marketing Corporation, Philly 360.

I had the great opportunity to sit with Carvin in his state of the art home recording studio to discuss the business of record production, staying relevant in the industry, and what it takes to build a career in the industry.

ON GETTING INTO THE BUSINESS OF MUSIC PRODUCTION

Where does the process of production start?

The first thing is to understand the difference between someone who makes a beat, and a producer. Some people get it twisted because they think that making beats makes them a producer. No, you are a music writer. Most beat-makers or music writers will make a track, send it to a writer and may not hear it until an artist performs it in his or her album. You wrote the track the same way a lyric writer writes the songs. You did not produce the final product. Whoever takes the track and puts the music to the lyrics, works with the engineers, fine tunes it, mixes the record and after it is all done says alright this is the product. That’s the actual producer of the product.

How do you develop the idea and vision for a song?

It happens from different aspects. One of the aspects comes from sitting in a room with people and having a conversation. One record, “Teach Me How To Love,” came from my manager and I talking about how relationships work. When a woman comes in, it’s almost like reprogramming a hard drive. She has to erase everything on the hard drive and reprogram the man on how to love her. This woman may like candy and flowers, but another woman may like cookies and ice cream. So, we had this conversation and I was like that’s a song. I’m going to write a song, “Teach Me How To Love,” because that’s what we need to do. Be taught how to love by the woman. It ended up being a Grammy-nominated record, and that’s how it’s been throughout the course of us creating a record— Just real-life situations. Starts with conversation, honesty, and integrity.

What are the different revenue streams for the production of music?

One of the greatest things for a writer is your publishing. That is your 401k plan, your investment,and your right now and later-on money that sets you up for the rest of your life. So, if I produce or create music that will last forever, then I can make money for the rest of my life without making another record as long as my catalog is right. Publishing is everything you live for in the music industry.

Another source of revenue is by production. That is immediate money. As soon as you produce a record, the label gives you half of the expense up front, and when the album comes out, they give you the other half for the production of the record. Then, when someone samples your records for TV commercials or movies, that also produces residual income. For example, Kanye West just sampled my record on his Yeezus album (“I’m In Itâ€), and Tyler Perry recently placed one of my records in a movie. When you make great music, people will always reach back to use it again.

There’s also sound exchange which literally collects your money on everything that is played on the internet. So as the artist who sings it and the producer that made it you receive a check for your stuff spinning on the internet. So this is a whole new revenue stream that of course we didn’t have back in 1998 or 2000. Now from 2000 on until infinity we will be getting paid off of the internet. This publishing thing is so important because now, you are creating a legacy. When you stop working, and you are dead and gone, your kids are still collecting money coming in [if your contracts and publishing deals are done properly.]

How important is your production shelf life?

It is [very] important. You want your music to have shelf life. We had a single that played for 79 weeks on Billboard. That is a long time, and every time it gets played, that’s revenue coming in over and over again.

So you want to create records that when they hit the charts they stay there. Not just this year, or next year they have reoccurring charts. So this record will reoccur then reoccur and eventually move into the oldies chart. Once you move from pop radio and urban r&b to the classic radio station it will play forever. That gives you longevity. It makes you valuable, your word valuable, gives you a stamp and gives you your branding. When you can put a brand to the style of music you make and people know you for the style of music you make that is everything, We may alter the music as the times change, but we will never change our brand of music.

What type of experience is needed when coming into the industry?

I am a firm believer that you have to do it and be hands on. You have to do it. The books can tell you some things and the knowledge is great. It’s a great foundation. Don’t throw that away, but when you sit in front of these speakers and you touch Pro Tools, your ears are going to tell you something different. Sometimes devotion to yourself and in the work, coupled with getting lost then finding your way, is the best way to learn.

Prepare to be next. When your name is called, you have to be ready. Once you start to develop your talent, get with an artist. a singer and have them sing your song to the best of their ability. When you play it for an A&R if the person singing it is killin it, no matter how whack the track might be the song will sell. You have to work at it and be diligent.

Check out part two this week, were Carvin talks success tips for a career in music and his insights on black male leadership in the industry.