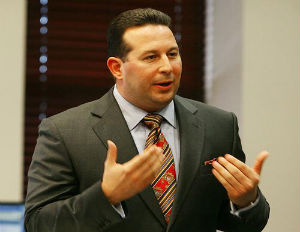 Jose Baez, the same attorney who successfully defended Casey Anthony, is now involved in the trial of George Zimmerman, the neighborhood watch captain facing second degree murder chargesÂ for the shooting of Trayvon Martin, the unarmed 17-year-old killed in February.

Baez will be representing Chris Serino, theÂ lead investigator for the Martin case, who wanted manslaughter charges brought against Zimmerman, instead of second degree murder.

“It’s a very politically charged case and he just wants to make sure that everything is done by the book,” Baez told the Orlando Sentinel.