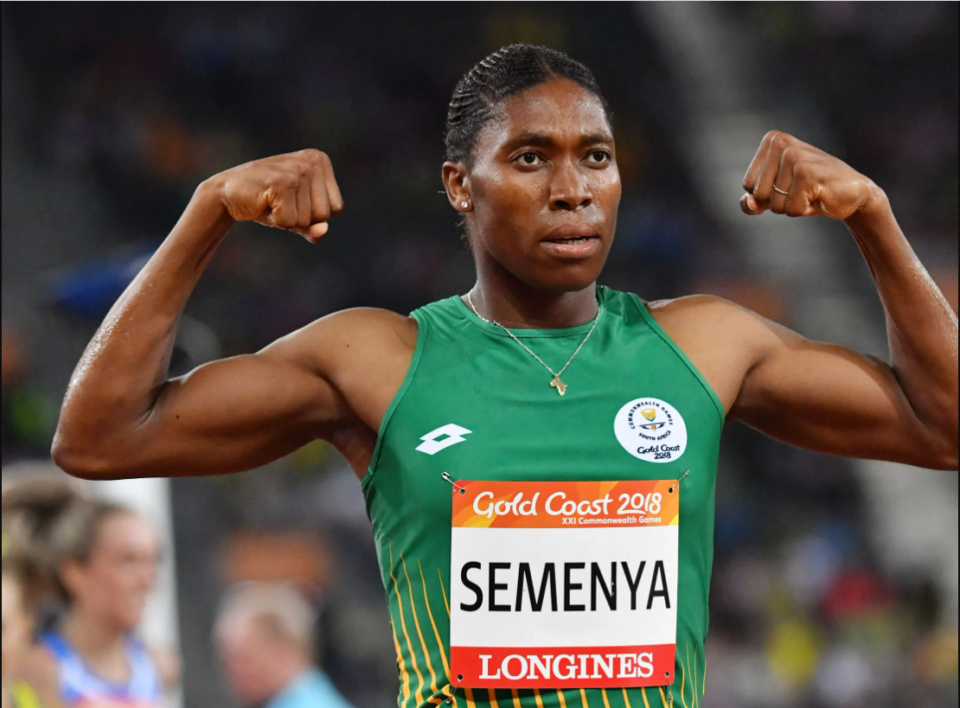 South African track star Caster Semenya says that when she was a teenager, she offered to show track officials her nude body to show that she was a woman.

According to The Associated Press, the 31-year-old athlete appeared on HBO Real Sports and spoke about having to prove that she was a woman so she would be able to compete in her sport.

Semenya stated that in her earlier years, she was questioned about being a female and she proposed showing her body to officials at World Athletics, the international governing body for track and field.

She discussed what took place at the 2009 World Championships in Berlin, where she won the 800-meter title as an 18-year-old newcomer, which was also her first major international meet. She said that due to her outstanding performance and muscular physique, the sport’s governing body made her undergo sex tests.

She feels they probably assumed that she had a penis.

Semenya also revealed that after winning the world title, she was forced to take medication by the international athletics federation that artificially lowered her natural testosterone to compete against other female runners. Details of the medication she took were never disclosed but it’s assumed that she took birth control pills or something with identical effects to lower her testosterone.

“It made me sick, made me gain weight, panic attacks. I didn’t know if I was ever going to have a heart attack. It’s like stabbing yourself with a knife every day. But I had no choice.

The attorney for World Athletics, Jonathan Taylor, defended the medication by saying leading experts would prescribe it for female athletes with high testosterone.

To which Semenya responds, “Jonathan must cut his tongue and throw it away. If he wants to understand how that thing has tortured me, he must go and take those medications. He will understand.”

Semenya is currently banned from competing in distances from 400-meters to the mile at top-level track meets according to updated testosterone regulations. She would have to agree to take medication to lower her testosterone again, which she refuses to do. She hasn’t run an 800-meter race at a major meet since 2019. The updated regulations prevented Semenya from defending her Olympic title last year in Tokyo.