Catching Up with Downtown Julie Brown 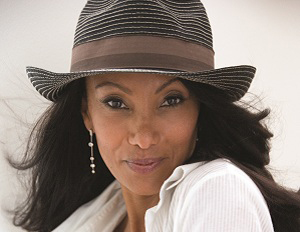 “I’m Downtown Julie Brown, or as people under 30 say, ‘Who?’ Oh, I think I just hurt myself on that one.â€ That was the beginning of Brown’s monologue during the November 2011 premiere of TMI: The Music Insider, an online show streamed on Billboard magazine’s website.

Jokes aside, the show was a serious mix of music news, fashion, and a countdown of the week’s top 10 hits, as well as an outlet for Brown to interview artists to try, as she describes it, to get their whole story from beginning to end on a continious basis. The streamcast was one of many that would build a pilot for what Brown hopes will become a televised version of the show.

No matter who her guests were, it seems as though it was Brown who stole the show week after week, just as she did as host of Club MTV from the mid-1980s until it evolved into The Grind in 1992. Brown, arguably MTV’s most famous VJ, stood out with her brand of adventurous style choices, over-the-top personality, and inviting British accent. But while those traits were distracting viewers, Brown was absorbing a doctorate-level education in music that only MTV could provide.

“I don’t like to pat myself on the back, but I do tend to feel that MTV made me a great student in music and I think I excelled because I loved it so much,â€ she says. “I love musicians, I love to hear their stories, so when I interview that’s what I go for.â€

After Club MTV signed off, many in TV land assumed Downtown Julie Brown disappeared with it. “I was still doing specials for [MTV] all the way up into 1995. I didn’t just fall off Music Television because I had the show Club MTV that was on seven days a week. I found it kind of redundant to do VJ shifts everyday.â€

Eager for a next big move, Brown got approached about an opportunity outside of her beloved New York City. “I had a job offer in L.A. and I thought it would be nice to try,â€ she says. “In 1996 I came to work for E! Television and I did The Gossip Show.â€ But the gig was short-lived.

“I did that for the year that I was here, but I had a two-year contract, but it wasn’t really my groove,â€ she says, punctuating a key aspect of her character and the Downtown Julie Brown brand. “I like to hype things up more than bring things down. The Gossip Show was–even though I wasn’t the one actually saying bad stuff about people, it was a magazine show where editors did [things] sort of like Star and those kind of magazines. [They] had their say about celebrities and I wasn’t really enjoying that too much. I didn’t want to walk into the room and have a beer thrown at my head, even though I do hear it’s good for your hair.â€

Though the gig at E! ended soon after her move, Brown ended up staying in L.A. “I met my husband [Martin Schuermann in 2000] and it all happened very quickly. I met Prince Charming and within the year we were married, and have been married ever since.â€ During Brown’s decade “off,â€ she had a few one-shot gigs and focused her time on raising now-18-year-old Gianna Schuermann, who is on her way to college.

“There was no need to work, so to speak, and there was no need to just do anything. I didn’t want to jump on the reality bandwagon and do the stuff just for the sake of being out there. I prefer to stick in music and stay in my lane.â€

How to Make Office Competition Work for You

Viola Davis ‘Won’t Back Down’ from Controversy