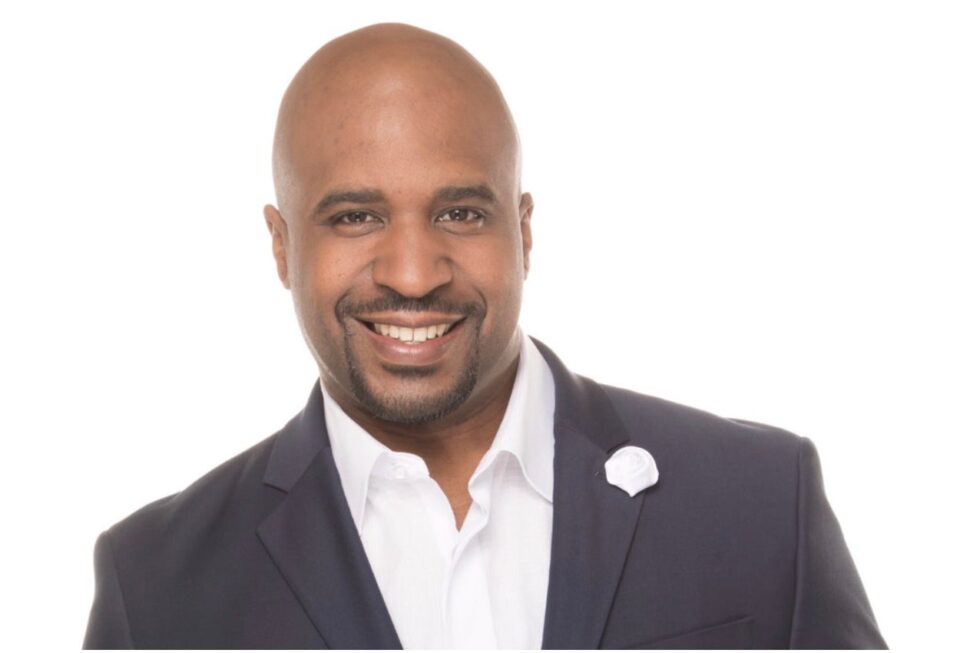 Radio personality and voiceover superstar Cayman Kelly recently opened up about some health challenges that forced him to slow down and reflect on his complex and fascinating career.

African American voiceover talent is a mainstay of radio, television, online programming, films and animation, with Black voices gracing and elevating every single American entertainment platform. And though Kelly knew he was a part of that tradition, frequent long weeks in the studio — often isolated from friends and family — kept him from really appreciating the importance of that role.

After spending some time home recuperating, the first Black voiceover artist of American sports radio shared some of his thoughts:

“Sometimes you’re just in a groove, doing your thing, over and over, and you can miss life going by,” Kelly said, according to a press release.

“I love my work — it defines who I am in many ways — and I’ve worked hard to carve a career that I and my family can be proud of. Making history is sometimes about just doing day-by-day the only thing you know how to do well. It is important to stop and reflect every so often — take some time to look back at what you’ve done and try to see that in a larger context. Maybe you look forward a bit too, asking yourself what is next. But as artists, we can never forget that we are an important link, a part of a longer chain that matters. African Americans in this business especially matter, because we’re continuing to pave the way for the kids who will come after us.”

Kelly also spoke about some personal friends in the voiceover business who have made a special impact on his life:

— Rick Party: “Rick Party is an on-air radio personality like myself who started doing voiceovers a few decades ago, and I’ve always admired his work from afar. When we finally met in-person, I found out what a great human he is as well. He was always willing to share with me, whether it was a kind word to tell me that I was doing a good job on something, or some tech settings to make my mic sound nice! I consider Rick Party to be my big brother in the industry.”

— Donovan Corneetz: “Rick and I adopted a little brother in the industry named Donovan Corneetz, who has already made a huge footprint in the industry. Corneetz can be heard on TV promos, trailers, commercials, video games, and more. In our talks, Donovan, Rick, and I found out that we have all voiced some of the same properties, but the cool thing is, we don’t view each other as competition. I think we are all of the same belief: ‘What God has for me, it’s for me!'”

— Gabe Kunda: “I also recently learned about a young man named Gabe Kunda, who I have to show much love to. Gabe is relatively new to the industry, but his productivity is impressive, voicing a ton of movie trailers, promos, narrations, and characters in anime and video games. Much respect to Gabe for using his platform to inspire young African Americans, teaching them that there are other life paths to pursue outside of the norm. Also, be on the lookout for newcomer Bryant Barnett, my mentee, who already has voice credits on some amazing projects, and he’s barely begun to tap his potential!”

— T.C. Carson: Originally famous for his role on the TV show, “Living Single,” Carson soon became a major player in the voice acting arena. Appearing in over 40 shows and games, Carson voiced Mace Windu in multiple “Star Wars” shows, characters in Afro Samurai anime and DC animations, and appears in the PlayStation franchise, “God of War.”

— Morgan Freeman: With a career that spans decades, including countless movies, animations, and voiceover roles, Morgan Freeman is an American icon whose work needs no introduction.

— Regina King: An Oscar-winning actress, King is the voice of Huey Freeman and Riley Freeman on “The Boondocks,” and Dynamite from “Planes: Fire & Rescue.”

— Phil LaMarr: With an absolutely massive footprint in the voiceover industry, LaMarr has covered over 250 characters, including John Steward/Green Lantern in “Justice League” and “Justice League Unlimited,” Hermes Conrad in “Futurama,” and providing voices for many video game franchises like “Metal Gear,” “Jak and Dexter,” “Darksiders,” “Final Fantasy,” “Kingdom Hearts,” and “Mortal Kombat.”

— Cree Summer: Beginning in 1983 on “Inspector Gadget,” Summer has a long and illustrious career as a voice actor for television, film, video games, and commercials. She is the voice of Susie Carmichael on “Rugrats” and has roles in “A Different World,” “Gargoyles,” “Kids Next Door,” and “Animaniacs.”