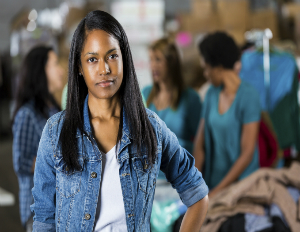 The black community has too much at stake in this presidential election and cannot afford to stand on the sidelines. Meaning, they must get out and vote for the sake of their children, say political leaders. To that end, the Congressional Black Caucus FoundationÂ Inc. is hosting a National Town Hall meeting, “The Black Agenda for the Next Administration: What’s at Stake,â€ during the 46th Annual Legislative Conference in Washington, DC.

The Town Hall meeting, held on Thursday, Sept. 15, convenes leaders in academia, public policy, and social justice to explore the potential implications of the presidential election on the African American community.

Some of the nation’s most recognized thought leaders and decision-makers scheduled to speak at the National Town Hall meeting include Julianne Malveaux, nationally recognized economist, and Marc Morial, president and chief executive officer, the National Urban League.

“We have made great strides to create opportunities for all Americans under the nation’s first African American president, but racial disparities still exist in unemployment, education, and income,â€ said A. Shuanise Washington, president and chief executive officer of the CBCF in a released statement. “This year’s town hall will bring together leading experts to discuss solutions that ensure African American interests are represented in a post-Obama presidency.â€

In the 2012 presidential election, blacks in America voted at a higher rate than other minority groups–and at a higher rate than whites, according to a Pew Research Center report. The town hall will emphasize voter mobilization and educational opportunities and the impact of the black vote on economic justice and criminal justice reform.

“It is imperative that the African American community understands the stakes of any and all elections and that voters be engaged,â€ added Rep. G. K. Butterfield, chairman of the Congressional Black Caucus. “It is the job of every CBC member and elected official to ensure they mobilize their constituent baseÂ so that their voices are heard and concerns addressed.â€

According to Rep. Karen Bass, ALC honorary co-chair, “Our issues are America’s issues, and now more than ever, disparities in education, employment, and healthcare cannot continue to leave our communities behind.â€ The Annual Legislative Conference is the leading policy conference on issues impacting African Americans and the global black community. The conference features more than 90 public policy forums on health, education, economic empowerment, the environment, and more.

Gerry Hudson, secretary-treasurer at SEIU, a labor organization that represents 1.5 million public service workers, nurses, hospital staff and more in North America stated that “we can’t have economic justiceÂ without also winning racial justice, and we need to turn out in November toÂ make sure we move forward, not get dragged backward as a nation.â€