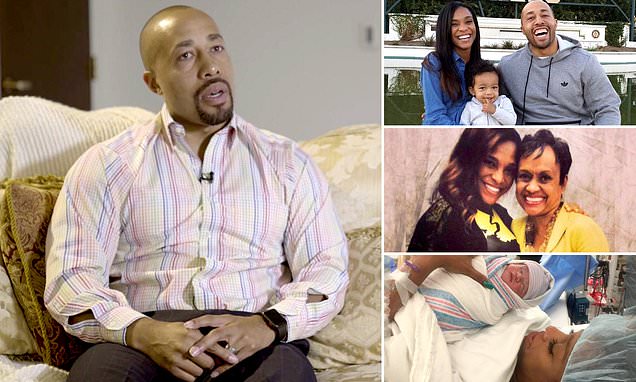 In 2016, a young mother died hours after childbirth at a Los Angeles hospital. Now, the woman’s husband is suing the hospital, citing racism as a factor in her death.

According to The Associated Press, Charles Johnson IV is suing Cedars-Sinai Medical Center because he believes that his wife bled to death in 2016 due to a culture of racism at the renowned Los Angeles hospital.

Johnson is the son of TV judge Glenda Hatchett. The two have been outspoken about the nightmare they experienced after Johnson’s wife, Kira Dixon Johnson, died about 12 hours after having her son, Langston, via a scheduled cesarean section performed in 17 minutes.

The lawsuit Johnson filed on Wednesday cites the disparity in care women of color receive at Cedars-Sinai Medical Center compared to what white women receive. The wrongful death lawsuit is scheduled to go to trial in Los Angeles Superior Court next week.

“There’s no doubt in my mind that my wife would be here today and be here Sunday celebrating Mother’s Day with her boys if she was a Caucasian woman,” Johnson said Wednesday outside the hospital.

“The reality is that on April 12, 2016, when we walked into Cedars-Sinai hospital for what we expected to be the happiest day of our lives, the greatest risk factor that Kira Dixon Johnson faced was racism.”

Despite indications that Kira was bleeding internally and grave concern from her husband, the mother languished for hours. She was finally readmitted to the operating room, but the lawsuit contends it was too late by then.

According to the lawsuit, at one point, a nurse told Charles that his wife wasn’t a priority. She died from internal bleeding, with nearly 90% of her blood later found in her stomach. Her bladder had been lacerated, and she hadn’t been sutured properly.

“This is sloppy. It was butchery,” Johnson’s attorney, Nicholas Rowley, said. “It shocked everybody that we deposed, all the healthcare providers, even the head of (obstetrics) here, the head of labor and delivery, looked at it and said, ‘No, I’ve never seen one done that fast.’”

Cedars-Sinai Medical Center, which has fought the malpractice lawsuit, said in a written statement that the hospital was founded on principles of diversity and healthcare for all, and it rejected “any mischaracterization of our culture and values.”

“We are actively working to eradicate unconscious bias in healthcare and advance equity in healthcare more broadly,” the statement said. “We commend Mr. Johnson for the attention he has brought to the important issue of racial disparities in maternal outcomes.”