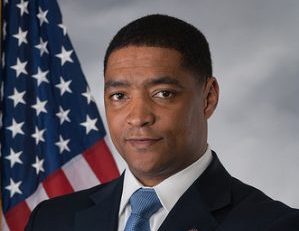 Rep. Cedric Richmond (D-La.) has been elected to chair the Congressional Black Caucus (CBC), an influential group that has worked to empower African Americans and address their legislative concerns since 1971.

Cedric, who represents Louisiana’s 2nd congressional district, was elected Wednesday to replace outgoing chairmanÂ Democratic Rep. G.K. Butterfield of North Carolina. In this position, Richmond will lead initiatives aimed at advancing an agenda for black people for two years, beginning at the start of the new CongressÂ on Jan. 3, 2017.

“I’m honored and humbled by the confidence my colleagues have placed in me to serve as the chair of this revered Caucus, theÂ conscienceÂ and intellect of the Congress,” said Richmond, in a press release sent toÂ Black Enterprise.

“As we move into a new Congress and the onset of a new administration, our Caucus will remain committed to the values that have made the CBC among the most influential institutions in the nation,” he added.

As an advocate forÂ criminal justice reform, the Southern Democrat has pledged to use this platform to focus on policing, overhauling the criminal justiceÂ system, voting rights, and improving the economy for disenfranchised communities. Before his election, he sent a letter to CBC members promising to execute an “urban economic listening tourâ€ and support historically black colleges and universities (HBCU’s), reports USA Today.

“I commend Representative Cedric Richmond of Louisiana on becoming the new Chairman of the Congressional Black Caucus,â€Â said Butterfield. “We have much work ahead of us during the 115th Congress and I am confident Rep. Richmond will provide strong leadership on the issues we champion to ensure all Americans have an equal and equitable opportunity to achieve the American Dream.â€

The current caucus boasts 45 members of mostly Democrats; however, membership will increase to 49 next year, making it one of the largest caucuses in the House.

Last summer, Richmond, who was first elected to congress in 2011, led the push to hold congressional hearings on the fatal police shootings of black people following the killing of Alton Sterling in Baton Rouge.