Cedric The Entertainer Takes on Lesbian Wedding in 'The Soul Man' 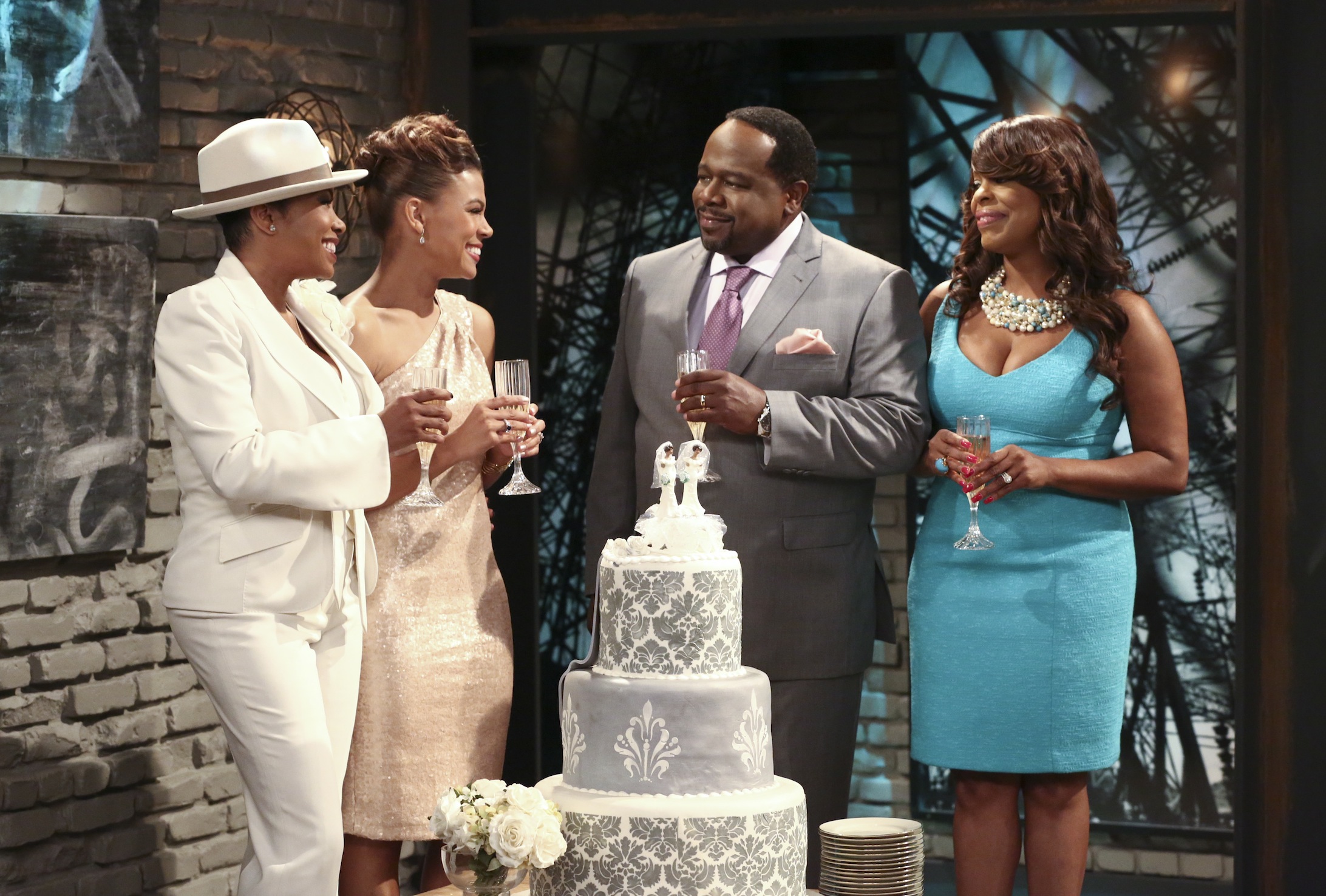 The Soul Man is a TV Land sitcom co-created by Cedric “The Entertainerâ€ that takes a lighthearted approach to addressing issues surrounding Christianity. Coming off the heels of the US Supreme Court’s decision on DOMA (Defense of Marriage Act), the show’s creative writing team will tackle same-sex marriage and the church in an upcoming episode that airs Wed.

While the Supreme Court’s ruling declared same-sex couples married in states where it is legal must receive the same federal health, tax, Social Security and other benefits that heterosexual couples receive, there is still significant religious opposition to same-sex marriage.

The series The Soul Man follows a chart-topping R&B singer turned preacher named Reverend Boyce “The Voice” Ballantine (Cedric “The Entertainerâ€). After getting “the calling,â€ he leaves the high life of Las Vegas and relocates to St. Louis with his family, including his wife Lolli (Niecy Nash), to become the pastor of his father’s church.

In the episode “Bride and Prejudice,â€ Boyce’s old friend Gina (Toni Trucks) comes to visit asking that he marry her and her fiancÃ© Drew (Paula Jai Parker). The reverend agrees, however, members of his congregation are not as accepting and he struggles to find balance between his personal feelings and religious attitudes.

“This season on ‘The Soul Man,’ we’re having a lot of fun loosening things up and getting more edgy exploring hot-button controversial topics. In our upcoming episode, ‘Bride and Prejudice,’ Â Reverend Boyce takes on the issue of same-sex marriage and finds himself going against the will of the church, standing (pretty much alone) on the philosophy that ‘If Love Is Love, Then It Doesn’t Matter Where It Lands,” says Cedric.

He adds, that “some funny and insightful writing by our show writers and great performances by Paula Jai Parker and Toni Trucks make this an especially intriguing episode that we’re all looking forward to folks seeing.â€

The Soul Man is a spin-off from TV Land’s Hot in Cleveland, in which Cedric guest starred in the 2011 episode “Bridezelka.â€ As he began developing his own show, Cedric thought about R&B singers like Rev Al Green who lived secular lives and then became religious. As he colorfully puts it, “Al went from singing soul to saving souls.”

The series premiered on June 20, 2012. TV Land officially picked up The Soul Man for a second season this past December.

The “Bride and Prejudiceâ€ episode airs on Wednesday, July 31st at 11 pm ET/PT only on TV Land. For a sneak peek, click here.