Frederick E. Jordan didn’t have many financing options when he started his engineering and construction management company in 1969. For the first six months, he ran the San Francisco-based business part time out of his home. Today, F.E. Jordan Associates Inc. comprises three offices nationally and trumpets an impressive record of more than 1,000 completed projects, including the resurfacing of President Obama’s street in Chicago’s Hyde Park neighborhood. Clients include the cities of St. Louis and Chicago, Bank of America, Procter & Gamble, the transportation departments of Washington and California, and the U. S. Army Corps of Engineers. Jordan’s work in engineering, urban design, and environmental planning stretches across the United States, Africa, and Central America.

In spite of its rough start, Jordan’s company has clearly prevailed. He’s also witnessed a dramatic improvement in race relations in his 41 years in business. One might assume that his success would inure him to the gripes of today’s young black entrepreneurs, but it hasn’t. “Their complaints are valid,â€ Jordan asserts. “It’s very difficult for black businesses to survive. Their obstacles are enormous.â€

In an effort to draw attention to the needs of black entrepreneurs, Jordan, in 2004, teamed up with John William Templeton, president and executive editor of eAccess Corp., a scholarly publishing company, to have August recognized as National Black Business Month.

During the 31 days of August, Jordan and Templeton want local government officials, community leaders, and venture capitalists to focus efforts on creating a more hospitable environment in which black-owned businesses can grow. Jordan believes that supporting black business is the best way to lower the high rate of African American unemployment. “Economically, we’re way behind our ethnic counterparts,â€ says Jordan, who sits on the board of California’s small business council and is president and chairman of the San Francisco African American Chamber of Commerce. “Most African Americans are still in a dire economic situation.â€

“Our research indicates that there should be 2.5 million African Americans in business, and we only have half that many,â€ says Templeton. “If you look at the black and white unemployment disparity, the essential idea is, the only way we’re going to get the level of employment we need is to support black businesses.â€ As of April, the black unemployment rate was 16.5%; the white rate was 9.0%.

The Entrepreneur in You 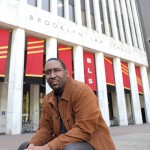