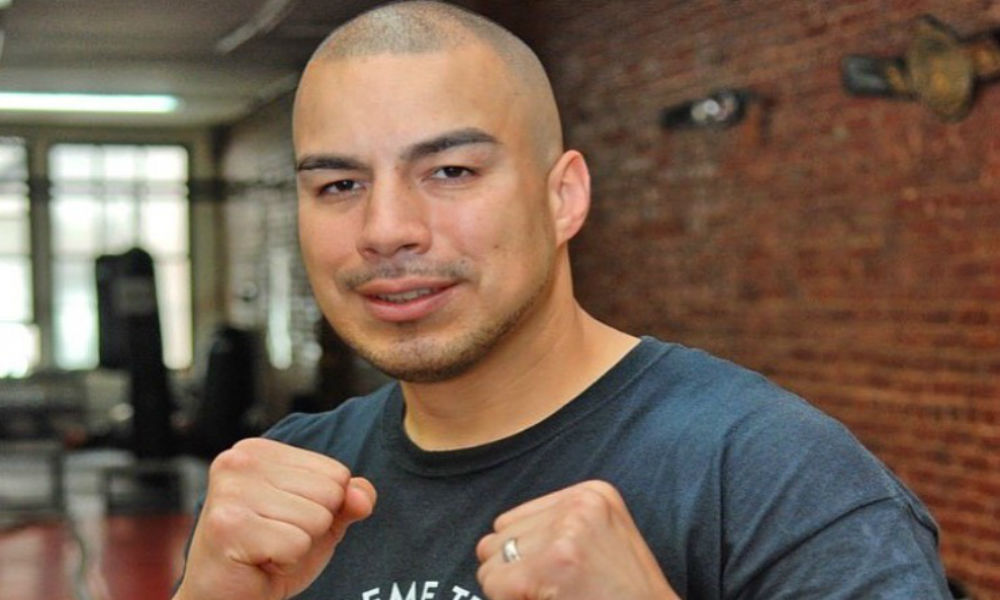 Whether you’re pounding a punch bag or skipping your heart out, boxing training is something everyone should try at least once. On top of toning your muscles, boxing has a lot of benefits that make it an excellent form of exercise. Boxing builds strength, speed, agility, hand-eye coordination, endurance, nerve, and power, just to name several attributes that make it beneficial for all, no matter your level of fitness. Having trained celebrities such as Brandy and Angela Simmons, Celebrity Boxing Trainer Coach Nelson Maldonado has sculpted some of the best boxing bodies.

His motto: “It’s not about what your trainer’s done, it’s about who your trainer has trained. That’s the key to boxing.â€ And he’s on a mission to make boxing more accessible to everyone–no matter their income or fitness level.

Coach Nelson, who runs Supreme Team Boxing, started boxing when he was 12-years-old in a Boys and Girls Club in New York City. A bit overweight at the time, he credits the class for helping him get in shape, teaching him confidence, and introducing him to a sport he loves. He believes that all children should have this opportunity–not just celebrities, or people with big pockets. His goal is to fill what he sees as a void in the neighborhood for boxing lessons, especially for kids.

For those that are a bit skeptical about pursuing boxing. Think again. “We call it fighting shape,â€ says Coach Nelson. “It’s a full body workout. You put as much work into your muscles as you can. Boxing consists of row work, bed work (abs), jumping rope and our style [at Supreme Team Boxing] is called boxing boot camp.â€ If you’re looking to train at Coach Nelson’s gym in New York City, just know, you’re in for a sweat. “The first 15 minutes is boot camp training. Then we do 45 minutes of pro-style boxing and it includes calisthenics,â€ says Coach Nelson.

And boxing is a great workout if you’re interested in weight loss as well. According to Coach Nelson, “The good thing about boxing, and especially in my gym is that we do a lot of drills. You’re going to sit in a drill with a partner from anywhere from 3-5 minutes and get your heart rate up. You’re going to burn lots of calories. Boxing is definitely one of the best ways because it’s cardio within itself. And it’s great for children, men, and women.â€

Supreme Team Boxing has been operating in Manhattan at different locations since 1985. Maldonado came on board as a co-owner 16 years ago, and currently manages operations. Currently, there are three locations: two in New York City — Queens and Manhattan; and the other in Hollywood, Florida, with plans for addition expansion to Brooklyn, New York, and Los Angeles.