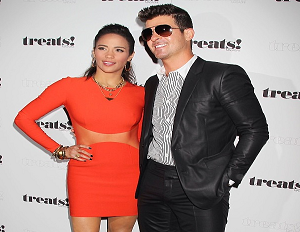 Recently, news broke that Paula Patton and Robin Thicke have put their Bel Air home on the market, further confirming the couple’s split. According to TMZ, the 3,158 square foot home, with awesome views of Sunset BoulevardÂ and a built-in recording studio, is on the market for $2, 985,000. While Thicke’s name is now attached to the property, the home was originally purchased by his dad, Alan Thicke, in 1990 for a mere $910,000.

But don’t think Thicke and Patton’s split has made them the only celebs looking to plant seeds in a new location. Whether opting to downsize or move on to bigger and better estates, we’ve rounded up a list of the most lavish black celebrity homes on the real estate market this year.