Censorship is Bad; This Writer's Take on Diversity in Tech is Worse 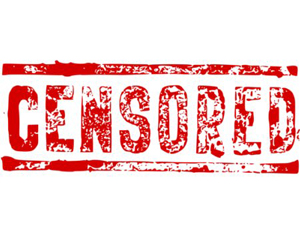 Censorship is never good. That’s why I can muster sympathy for Writer Brian S. Hall and his indignation over Forbes‘ apparent removal of his article There Is No Diversity Crisis In Tech. According to Hall in a blog post, “After being live on their site for about 24 hours, Forbes took down my post on diversity in tech. I still do not fully know why.”

Forbes has not issued a public statement addressing the removal of Hall’s article from its site. If this was indeed an act of censorship, I share Hall’s outrage. However, let’s get to the topic of his article–his assertion that there is no diversity problem in the tech industry. His argument is the same one that is repeated ad nauseum to minority groups in response to complaints about economic and social inequities: just work hard and you, black person, Hispanic, or woman, will get the same treatment as anyone else.

From Hall’s article (which can still be read on his blog):

The success of Silicon Valley is not due to diversity – or to any bias. Rather, to brilliance, hard work, risk-taking, big ideas, and money.

Want to be part of this? Great! Follow the example of the millions who came before you. Their parents made school a priority. They took math and science classes, and did their homework every night. They practiced ACT tests over and over. They enrolled in good schools …

Brian, we need to talk.

While your article is as optimistic as it is naÃ¯ve, statistics don’t back up your Pollyannaish view of the meritocracy of the tech industry. A study conducted late last year by the Computing Research Association; USA TODAY research showed that only half of black and Hispanic graduates with computer science degrees from leading universities are being hired by major technology companies.

So you see, Brian, there are those among us taking math, science, and engineering courses and still not being offered a seat at the Silicon Valley table. You also make this oddly twisted-in-logic conclusion that because Apple, Google, and Facebook are companies raking in millions, that proves there is no problem with diversity in tech. From your article:

Silicon Valley is doing absolutely gangbusters. Apple has $200 billion in cash reserves and equivalents – and a market valuation of about $630 billion. Amazing. Facebook now garners a billion daily users. This is a nearly unfathomable number. Google is worth nearly $450 billion and has $70 billion in cash on hand.

This is akin to asserting that because 1% of the population holds most of the wealth in this country, everyone is financially reaping the rewards. One can also make the argument that many of the middle-to-upper-middle-class white men who began these companies, already had many social and economic advantages out of the gate.

There is no arguing, however, that the next black or Hispanic Mark Zuckerberg or Larry Page would have a lot harder of a time getting funding for his or her startup. There is no shortage of statistics available on people of color and women getting practically ignored by VC firms when they are seeking funding. There is also evidence that VCs tend to fund companies started by those who look like them, and with 76%Â headed by white men, guess who mostly gets the startup dollars?

Brian, we can also talk about historical disadvantages that plague the black community that still have residual effects today, such as unequal access to good schools. Those collegiate math and science courses you mention that are critical to STEM skills are hard to acquire when children are sitting in dilapidated classrooms with 30-50 kids in a class. And there are, of course, politicians—some who make the same ‘everyone has the same chance if they just try, darn it!’ attitude that you have in your article, who have no problem slashing education funding.

I think it’s awful if your article was removed from Forbes simply because someone didn’t like your opinion. But honestly, re-read it. You make a lot of assumptions and leaps-of-logic. Face it, Brian, Forbes may have just removed your article because it isn’t very good.