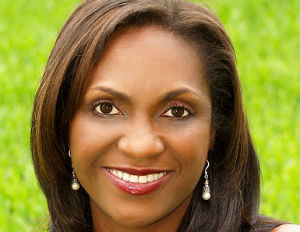 Suzan McDowell, CEO and President of Circle of One Marketing has worked with companies like theÂ City of Miami GardensÂ  “Jazz in the Gardensâ€ festival, the City of Rivera Beach Jazz and Blues Festival and the AHCA Medicaid Reform along with Fortune 500 companies and community organizations.

She talks with us about working with clients, building a brand, and the basics of marketing.

MN: Â What initially attracted you to marketing?

SM: I was attracted to marketing because my father told me to hurry and pick a major when I was at the University of Texas, so I chose the one that was farthest from math: advertising. But it turns out that I’m a natural-born sales person, which is a big part of being a marketer. I love [moving] people from point A to point B. I get really excited about the creative process, about getting to work on a project from inception to crazy success.

MN: Why did you decide to start your own marketing agency rather than work for a large, established firm?

SM: I did work for large established firms for years: Harte Hanks, the LA Herald Examiner and Cox Radio. Those combined working environments prepared me to do what I’m now doing. I decided to start my own agency because just selling radio became too limiting for me. I wanted to be able to create marketing campaigns where I had input in the entire process. South Florida is one of the largest Black markets in the U.S and [when] I opened The Circle there was (and still is) only one other Black owned agency in Miami.

Check out the rest of the interview here