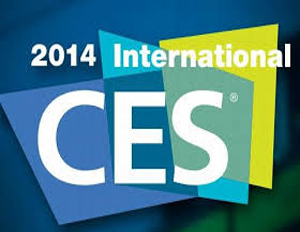 The International Consumer Electronics Show in Las Vegas officially kicked off on Tuesday. With the biggest consumer electronics event of the year in full swing, there are hundreds of cool gadgets and sweet tech treats the show floor. Here’s what USA Today discovered the first day at CES:

Displays that bend and curve

This year’s TV tech is taking on a new form (literally). Large high-definition televisions can bend and curve these days.

Samsung and LG both revealed displays that bend to the user’s liking. Samsung’s 85-inch LED display can either sit flat or curved. While LG, which already revealed the curved LG G Flex smartphone, unveiled a 77-inch flexible OLED TV. Neither company offered specifics on availability or pricing.

The wearable computing scene will experience a boom with companies like LG and Razer joining Pebble and Fitbit in creating wearable devices.

Razer’s Nabu, described as a “cross between a smartwatch and fitness band,â€ can track activity, sleep and location like a fitness band, but also delivers text and email alerts like a watch.

LG announced its LifeBand Touch, which allows users to track their activity as well as receive email and text alerts and control music.