CES 2017 Was All About Incredibly Smart Cars 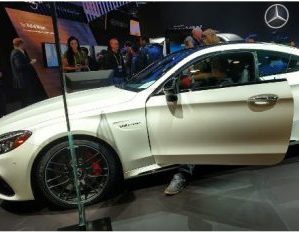 If there was one, star attraction at CES this year, arguably it was vehicles. Vendors, including Ford, Toyota. Volkswagen, and NissanÂ gave CES attendees a look into the cars of the very near future.

Artificial intelligence is the power behind the new crop of autonomous, assistive vehicles. These cars not only self-drive, they can read your emotions, make snap decisions in the presence of danger on the road, and can even tell you about the flora and fauna at your destination site.

As one Toyota engineer said during a press event, “It’s now about creating a relationship between people and their cars,â€ In fact, Toyota built its smart, self-driving car with the Japanese concept of “Aisha: meaning “Beloved Car.â€

Take a look at the most jaw-dropping vehicles on display at CES that are slated to go to market within the next 5-10 years.

Volkswagen’s concept car, the I.D. is a connected electric car that can also drive in fullyÂ autonomous mode. At CES, Volkswagen demonstrated it for the first time to the American public, with the vehicle’s full experience brought to life via virtual reality. The production version of the I.D. is planned to launch as early as 2020, with plans for fully autonomous driving by 2025. The car’s autonomy, named I.D. Pilot, is activated by touching the VW logo on the steering wheel, signaling it to disappear into the instrument panel.

The car has many human-vehicle interaction features. Upon approaching the front of the car, the car’s front bumper lights, “smile” at the person and its eye-like headlights open and follow the human as she walks back and forth in the front of the vehicle.