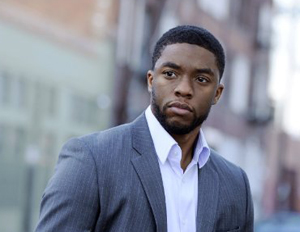 Over the weekend, the news of Chadwick Boseman’s sudden death disrupted social media with many mourning the loss of the Black Panther actor. In a statement released from his team on his social media, Boseman died after battling colon cancer for four years in secret. The cause of his death has now sparked new conversations about colon cancer rates within the Black community, specifically Black men.

According to a report from the American Cancer Society, Black people have the highest rates of colon cancer of any racial-ethnic group in the country, with men having a 30% higher chance of diagnosis than women. One in 23 men will be diagnosed with the illness in their lifetime.

When asked about the cause of the high rates within the Black community, many doctors still are searching for those answers. “I wish I had an answer for that, I think, you know, there is a lot of research that is going into trying to answer that question,” says Dr. Brooke Glessing, medical director of Endoscopy for University Hospitals Cleveland Medical Center to News 5 Cleveland.

“We do know that in the United States that African Americans have a higher incidence of both colon polyps and being diagnosed with colon cancer.”

It is with immeasurable grief that we confirm the passing of Chadwick Boseman.⁣ ⁣ Chadwick was diagnosed with stage III colon cancer in 2016, and battled with it these last 4 years as it progressed to stage IV. ⁣ ⁣ A true fighter, Chadwick persevered through it all, and brought you many of the films you have come to love so much. From Marshall to Da 5 Bloods, August Wilson’s Ma Rainey’s Black Bottom and several more, all were filmed during and between countless surgeries and chemotherapy. ⁣ ⁣ It was the honor of his career to bring King T’Challa to life in Black Panther. ⁣ ⁣ He died in his home, with his wife and family by his side. ⁣ ⁣ The family thanks you for your love and prayers, and asks that you continue to respect their privacy during this difficult time. ⁣ ⁣ Photo Credit: @samjonespictures