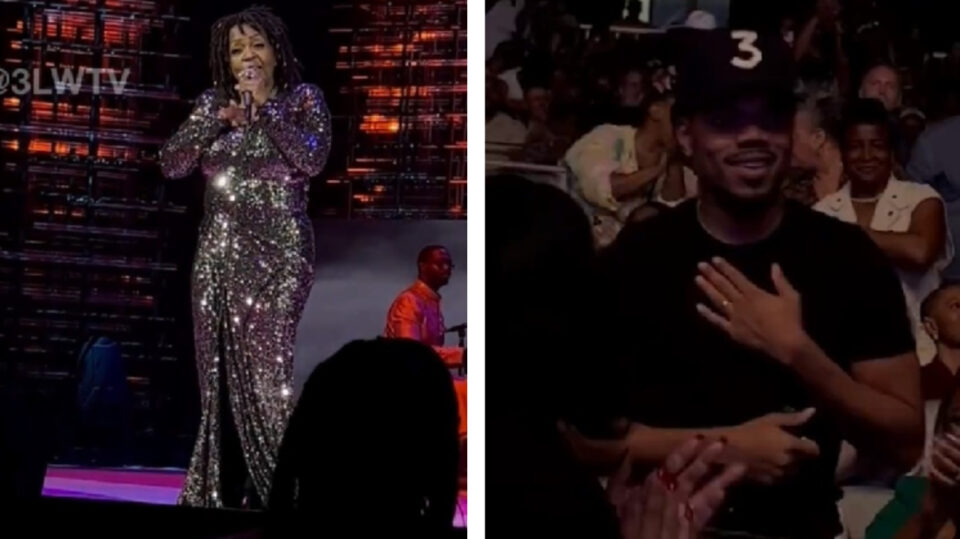 Chance The Rapper received an unexpected shout-out from R&B and Jazz legend Anita Baker when he made an appearance at a recent show. Baker disclosed that the Chicago rapper helped her regain her masters from her former record label during the concert.

According to HipHopDX, over the weekend, Baker, who was performing at the Venetian Resort in Las Vegas, stopped at one point and acknowledged Chance by telling the audience to say hello to him. She also stated that he helped her get ownership of her masters.

“You should say hello to a friend of mine by way of the music industry and by way of helping me, helping me to get a hold and ownership of my master recordings,” Baker said.

Chance also retweeted the above message and added one of his own by stating that he witnessed one of the greatest performances of his life.

I saw one of THE greatest performances of my LIFETIME last night! Thank you so much @IAMANITABAKER for being an inspiration and an icon to so many of US 👸🏾 https://t.co/TFcWt3lZFj

In response to Chance’s tweet, Baker also mentioned that she wasn’t expecting him there, and his appearance brought tears to her eyes.

Had no idea you would be in our Midst.
Such a nice Surprise. Brought Tears, to my eyes. Hope Ms. Essence enjoyed her Birthday
ABXO🎼♥️🎈 https://t.co/EvTiTTaEgM

Last September, it was reported that Baker now owns the masters of her extensive catalog of music.

The accomplishment occurred after she headed to Twitter in March to discourage fans from streaming her music since she had no access to the royalties the streams created.

Baker took her grievance to Twitter, where she encouraged fans to “not advertise Spotify streaming” because they don’t “pay artists/creators what their worth.” She then shared a series of Tweets to express her disdain for having to fight for her masters and other things artists must fight for to make a living off their art.