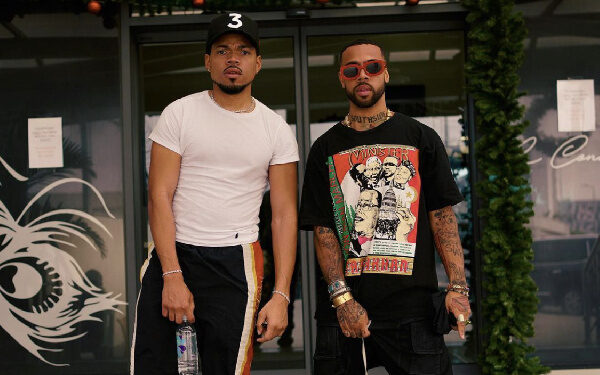 Chicago’s own Chance The Rapper and Vic Mensa are building on a dream of global Blackness. The journey has only begun.

In July, the duo took a group of kids from Chicago to Ghana. The experience came to life after Chance The Rapper became enamored by the West African country and its city of Accra during his visit earlier this year. He felt right at home, and promised to open up an opportunity for several Chicago kids to discover that sense of belonging.

Ghana will celebrate it 65th year since it FOUGHT and gained its independence. I wanna go back in a big group in July. I promise you’ll feel at home 🇬🇭 JLIG (2022) shot by me pic.twitter.com/3NMpniktOG

“There are some things about yourself that you can only understand by knowing where you come from,” Mensa said in a statement via Instagram. “Our dream is to build bridges that cross the ocean of divide created by the transatlantic slave trade. Today we are one step closer to actualizing that dream.”

From one move to the next, the rap artists are on a mission. This time it’s all about connecting Black people everywhere with music. And they’re inviting all of us.

According to Pitchfork, the rappers are organizing the inaugural Black Star Line Festival, scheduled for January 6, 2023 in Accra, Ghana’s Black Star Square.

“Everything we’re doing is with the goal of uniting and building a bridge between black people of the diaspora and the globe, with the continent,” Mensa said in a statement, per the outlet. “And Ghana is the gateway to all of that.”

The lineup for the anticipated homecoming festival has not yet been revealed.