'Change is Good': Kevin Hart Hypes Up Plant-Based Meat Ahead of The Summer-Grilling Season 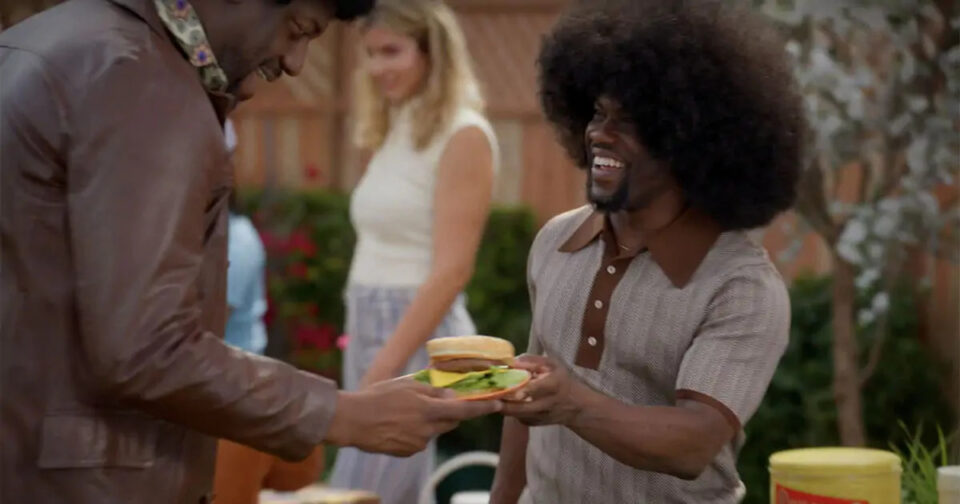 In Kevin Hart‘s undeniable fashion, the actor-entrepreneur aims to change the world one burger at a time alongside the Los Angeles–based producer of plant-based meat Beyond Meat.

In a single 60-minute video, while Hart convinces comedian Spank Horton to try a plant-based burger at a cookout, he takes viewers on a journey of the past through at least four different decades. As he miraculously switches his style to represent the 1970s, ‘80s, and ’90s, Hart continues to drive his message with catchphrases and persuasion.

Through his partnership with Beyond Meat, Hart wants his audience to go beyond traditional thinking and focus on the changes that can benefit the planet, like shifting from animal to plant-based meat. According to Adweek, the campaign not only kicks off National Burger Month but also drives a call to action as the summer grilling season approaches.

In 2019, Hart invested in Beyond Meat and is reportedly maintaining a primarily plant-based diet himself, according to The Drum. It’s not a surprise that Hart’s own media company, Hartbeat, wrote and produced the campaign. From bell bottoms and disco dancing to tracksuits and brick-sized cellphones, the familiar creative visuals strove to highlight the generational change.

“With Beyond Meat, I love that my family and I can enjoy all the foods we love — like grilled burgers in the backyard — but do so in a way that’s better for us without feeling like we’re sacrificing anything,” Hart said in a statement, per the outlet. “I jumped at the opportunity to be a part of this summer grilling campaign to inspire more people to try Beyond Meat.”

For the new effort, Hart is leveraging his passion for improving lives and aligning with the mission of Beyond Meat to get as many people to focus on a more positive impact on their health and the environment.

Harry Ratchford, head writer and producer at Hartbeat Productions, said, “Combining Kevin’s genuine passion for helping people live better lives with Beyond Meat’s amazing plant-based products enabled us to create a really fun piece of content that feels truly authentic to who Kevin is and what he believes in.”