Changes In Franchising Model To Hit Minorities The Hardest 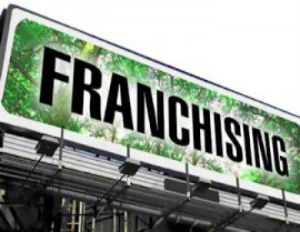 Iconic names such as McDonald’s, Burger King, Pizza Hut, and Jamba Juice have attracted nearly 800,000 small business owners, who employ more than 8 million workers. These franchise owners contribute to the economic life of communities around the country. Minorities make up 20% of all franchisees.

An upcoming ruling on the joint employer standard by the federal government’s top labor arbiter, the National Labor Relations Board (NLRB), could determine whether franchisors are joint employers and, therefore, liable for the actions of its franchisees. Meaning, a Dunkin’ Donuts owner in Manhattan could find himself/herself under legal attack for alleged workplace violations by a Dunkin’ Donuts owner in Los Angeles, or an allegation of unfair business practices leveled at Applebee’s International could impact all individual Applebee’s restaurants.

The current franchise model allows individuals to open their own businesses under larger corporate brands, such as McDonald’s, in exchange for an annual franchise fee. Those franchisees handle the day-to-day business operations with the national brand handling marketing and, in some cases, supply. An analysis of the nation’s franchisees conducted by Competitive Enterprise Institute, a free-market think tank, found that the business model has been a boon to immigrants and minority entrepreneurs.

NLRB General Counsel Richard Griffin, a former union lawyer, penned an amicus brief endorsing that argument and, in July 2014, brought charges against McDonald’s for the business practices of small business owners under the company umbrella. The CEI report said that if the NLRB upholds Griffin’s opinion, it would harm the prospects of franchisees, as corporations seek to avoid legal troubles, according to the Free Beacon.

“The franchise system benefits business startups, especially minority entrepreneurs seeking to start their own businesses. Holding corporate headquarters responsible for a franchisee’s workforce would make franchising much less attractive as a business model,â€ the report states.

Franchise business owners will agree that corporate provides a brand: the logo, guidelines on products and services, advertising, software, and other tools, such as a hotel reservation system, according to the trade group the International Franchising Association. However, decisions about who to hire, fire, and promote, as well as wages, are solely at the discretion of the franchisee. These decisions make up most of the management duties, and up to two-thirds of the costs of operating a franchise business.