In Year 3, Charles Barkley Is the NCAA Tournament's Ubiquitous Face 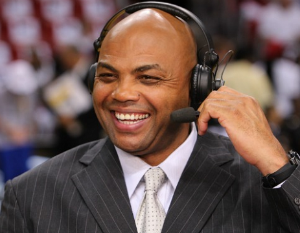 One of game's great players, the lovable Charles Barkley.

When CBS and Turner Sports three years ago announced they had struck a deal to broadcast every single game of the NCAA Men’s Basketball Tournament, it also meant that two commentators, Kenny Smith and Charles Barkley, stars of Inside the NBA were going to be studio analysts besides some of the game’s best college basketball’s on-air talents.

“Even Charles Barkley would admit his strength is not hardcore college basketball analysis,” Sports Illustrated sports media reporter Richard Dietsch wrote in a story about how Barkley’s freewheeling style wasn’t suited for the network’s selection show. He said that Tennessee A.D. Mike Hamilton should be fired for saying that then-Head Coach Bruce Pearl’s job was in jeopardy the day before they were to play in the tournament.

According to Dietsch, Barkley had done what made him one of one of the league’s 50 Greatest Players: rebound. Barkley’s statement proved prescient; Hamilton resigned three months later. Now settled into his gig as a studio analyst for the two networks’ broadcasts (the games are broadcast across four channels: CBS, TNT), Barkley’s is among three or four faces with whom the NCAA Tournament is now synonymous.

He rode it out and, for his part, Barkley was fine with the criticism.

“I never take anything personally,” Barkley told BlackEnterprise.com in a one-on-one at CBS/Turner Sports NCAA Tournament Media Day. “Obviously the NBA is where my bread is buttered, but I like my chances against anybody talking about basketball.

“The toughest thing about the NCAA stuff is trying to get all the information that you need on some of the lower-level teams. Watching ESPN, you can watch the top 30-40 teams play. They’re easy. Talking to different guys, they can help you with some of the other teams.”

The quality of the teams was a subject that Barkley has been outspoken about in recent weeks. Barkley repeatedly said that the one-and-done rule — which stipulates that players cannot enter the NBA Draft until they’re one year removed from high school — has hurt both the college and professional ranks. Few disagree. But the irony is that while one-and-done superstars like Kevin Durant and Derrick Rose made the jump to the NBA, the tournament has relied more on star power like Barkley’s to keep fans engaged and feeling as if they are part of something continuous — even if Anthony Davis is not a sophomore at Kentucky.

“They can’t pay the players, but what I have suggested to the NCAA is that they should be able to borrow money. Because who do you pay? You pay the stars, you play the role players. But what about softball and lacrosse and other sports? So you can’t pay them. But what’s wrong with letting them borrow money?”

Barkley’s not just made himself an on-air staple in the studio, but also during commercials. He appears in spots for Capital One (alongside Alec Baldwin) and tech solutions and services company CDW and their People Who Get IT campaign.

The Final Four will be held in Atlanta, where Barkley spends a great deal of time during the season working for Turner on Inside the NBA. The National Player of the Year in 1984, Barkley says the event is a new experience, but one he relishes all the same.

“The Final Four is awesome,” Barkley said. “And I had never been to the Final Four until a couple of years ago and it really is a cool thing. I tell people that going to the Olympics for me was pretty awesome. But that first Saturday, when you have all the teams there, man, that’s pretty special. It doesn’t matter where it is.”