Charles Barkley Will Pay for Funerals of Carjacking Victims 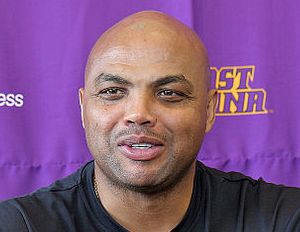 According to Fox Sports, former Philadelphia 76ers player Charles Barkley has offered to pay for the funeral of three young carjacking victims who died in North Philadelphia.

“Like most Philadelphians, many Americans, and people across the world that heard about this and were moved, [Barkley] wanted me to know that he wanted to pay for the funeral for these three children, and I put him in touch with the family so he can do that,” Philadelphia district attorney Seth Williams said via Philly.com.

The victims, Keiearra Williams, 15, Thomas Reed, 10, and Terrence Moore, 7, were killed last week when a carjacked SUV swerved onto a North Philadelphia sidewalk where the family was selling fruit for a church fundraiser. The children’s mother remains in critical condition and a neighbor sustained a broken ankle.

Barkley has confirmed that he is paying for the funeral but declined further comment so as to not take away attention from the victims.