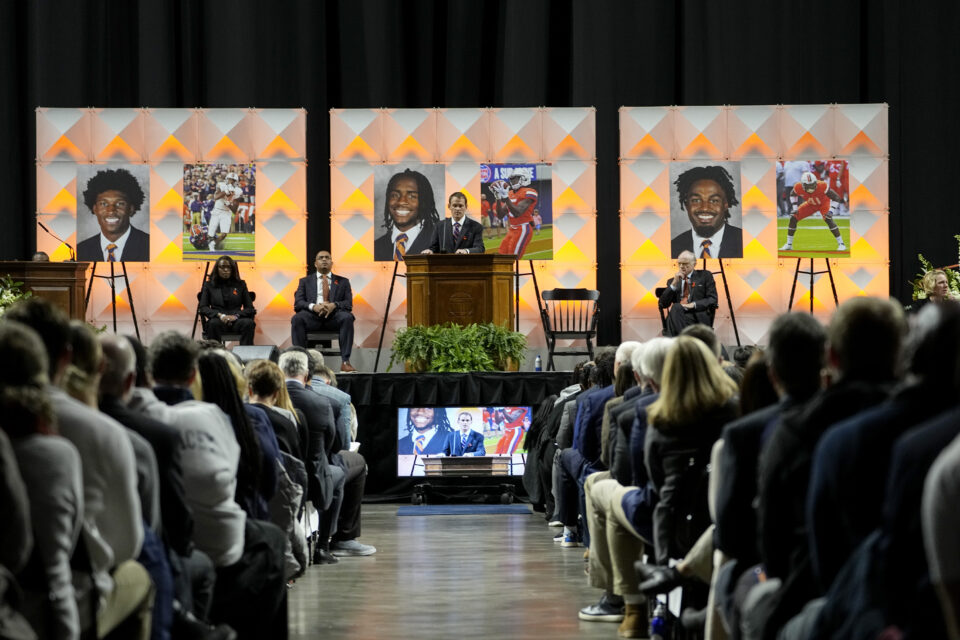 A community in Charlottesville, VA celebrated and remembered the three football players who were killed last week while they were returning from a school trip.

According to ESPN, the three young men were allegedly killed by Christopher Darnell Jones Jr.

Family members, friends, and community members remembered Devin Chandler, Lavel Davis Jr., and D’Sean Perry during a memorial service for the trio this past Saturday. The families of the three men killed were all seated in the front row as the complete football team from the University of Virginia, where they played, sat behind them.

The service gave everyone who attended the chance to speak about them, share memories, and honor them. University of Virginia president Jim Ryan, also stated that this will “start the healing of our beloved university.”

The MLK Community Choir performed at the memorial, and there was also a performance by Grammy-winning gospel singer CeCe Winans, who sang Goodness of God.

Two other people were wounded by gunfire, with non-life-threatening injuries. Teammate running back Mike Hollins remains hospitalized. A fifth student, Marlee Morgan, is recovering at home with her family.

According to NBC News, Jones was responsible for the shooting that was first reported around 10:30 p.m on Nov. 13. The incident reportedly took place in a parking garage on Culbreth Road, near the school’s drama building.

University of Virginia coach Tony Elliott released a statement after the tragedy took place. “I cannot find the words to express the devastation and heartache that our team is feeling today after the tragic events last night that resulted in the deaths of Lavel, D’Sean and Devin, and the others who were injured.”

“These were incredible young men with huge aspirations and extremely bright futures. Our hearts ache for their families, their classmates and their friends. These precious young men were called away too soon. We are all fortunate to have them be a part of our lives. They touched us, inspired us and worked incredibly hard as representatives of our program, university and community. Rest in peace, young men.”