The post examines the results of a CREDO study which were released early this month at Stanford University. The Center for Research on Education Outcomes had studied the educational progress of 97,000 students attending charter schools for four years in the state of New York and concluded that those students—92% of them children of color—had received the equivalent of more days of education compared with their non-charter public school counterparts.

The article states, “The research concluded that charter school students perform at a level equivalent to receiving an additional 22 days of learning in reading and 63 days in math per year when compared with their public school counterparts. The results for students attending schools associated with a Charter Management Organization were even greater, adding up to approximately 57 additional days in reading and 103 in math.”

What was even more compelling? The outstanding performance of students in poverty: “The most impressive subgroup in the study was charter school students in poverty, who outperformed non-poverty traditional public school students. Their growth was equivalent to over 55 days of supplementary learning in math, and they tested at the same reading level as ‘their more affluent peers.'”

This is great news! The only problem? The writer credits charter schools as a monolith and not New York state’s strict oversight. Sadly, had CREDO studied the charter schools of Michigan, or any state where oversight is lax to nonexistent, the results would have been very different.

When Betsy DeVos became Secretary of Education, I spoke with Christina Brown, principal of the New Heights Academy Charter School near Harlem. DeVos is an ardent advocate of charter schools but apparently not of the oversight and accountability that allow such schools to flourish. Brown, however, appreciated the oversight of New York state.

“Removing oversight allows for anyone to do whatever they want to do with people’s children,” she told me.

Brown described for me how she submits an annual report and has annual visits from the state, as well as an annual comprehensive review. If a charter school is not making progress in New York, the terms of its charter can be changed—or it can be closed.

No wonder the CREDO report is a glowing one! If underperforming charter schools are closed, most that are open are effective.

Certainly, there is a need for high performing schools of all types, including charters. Earlier this month Advanced Placement pass rates in New York City were released, and for black students, the results aren’t pretty: Only 27% passed one or more AP exams, according to the website DNAinfo. This result is a deleterious effect of attending lackluster, underperforming schools over time.

But let’s not fool ourselves into thinking that charter is synonymous with better. In our community we don’t just need charter schools—we need effective charter schools—and other types of high performing schools as well. 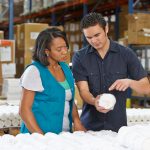 12 Traps to Avoid When Finding a Manufacturer