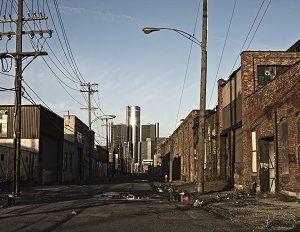 Detroit housing gets a $1.35 million renovation, thanks to JPMorgan Chase & Co. and Capital Impact Partners, a nonprofit community development financial institution. According to an announcement, the project is playing a catalytic role in driving inclusive growth by creating jobs and expanding retail and residential areas.

A $100 Million Commitment to Detroit

The project will repurpose two burned and irrevocably blighted buildings and reactivate a long vacant, century-old, commercial building. The newly developed Garland Building will include three residential units, three commercial spaces, and a community courtyard. The location will house multiple local businesses, including a salon–Village Parlor–as well as Motor City Match applicant, Geiger Eat Shop. A Motor City grant of $85,000 will be used for building renovations.

In addition to the Motor City Grant, JPMorgan Chase and Capital Impact Partners loaned $1 million to this project, as part of their collaborative $30 million Detroit Neighborhoods Fund, which is financed by JPMorgan Chase’s $100 million commitment to the city’s economic recovery. The fund also expands on previous work with local organizations, foundations, and partner institutions that have deployed financing to help revitalize Detroit.

“Detroit’s comeback will be sustainable if we continue to work together and help those who live and work in neighborhoods like West Village,â€ said Jamie Dimon, chairman and CEO, JPMorgan Chase, in a press statement. “This collaborative spirit is creating economic opportunity in Detroit’s neighborhoods and encouraging others to invest. This approach is a tribute to the Mayor’s leadership and community leaders who will make projects like the Garland Building a success.â€

“The redevelopment of these two vacant commercial buildings is another example of how Detroit’s turnaround is starting to take hold in more neighborhoods,â€ said Mayor Mike Duggan. “Thanks to our partners at JPMorgan Chase and Capital Impact Partners, this small business strip will become a great asset to the surrounding community and to our city.â€

Melinda Clemons, senior loan officer at Capital Impact Partners, added, “As the first in a coming series of projects that will radiate out from development in central Detroit to other resurgent neighborhoods, the Garland Building is a true catalyst for a new wave of recent revitalization efforts in this part of the city.Â  As a mission-driven lender, we are further excited about the mixed-income makeup of these projects as we look to ensure more inclusive growth Detroit.â€

Innovative financial solutions, like the ones created by the Detroit Neighborhoods Fund, provide financing for multifamily residential properties, mixed-use real estate, and grocery stores. The goal is to increase housing options for those with low and moderate incomes and help eliminate areas with limited access to fresh, healthy foods. The fund is capitalized through a $20 million investment by JPMorgan Chase, as part of its $100 million Detroit commitment, and $10 million by Capital Impact Partners.